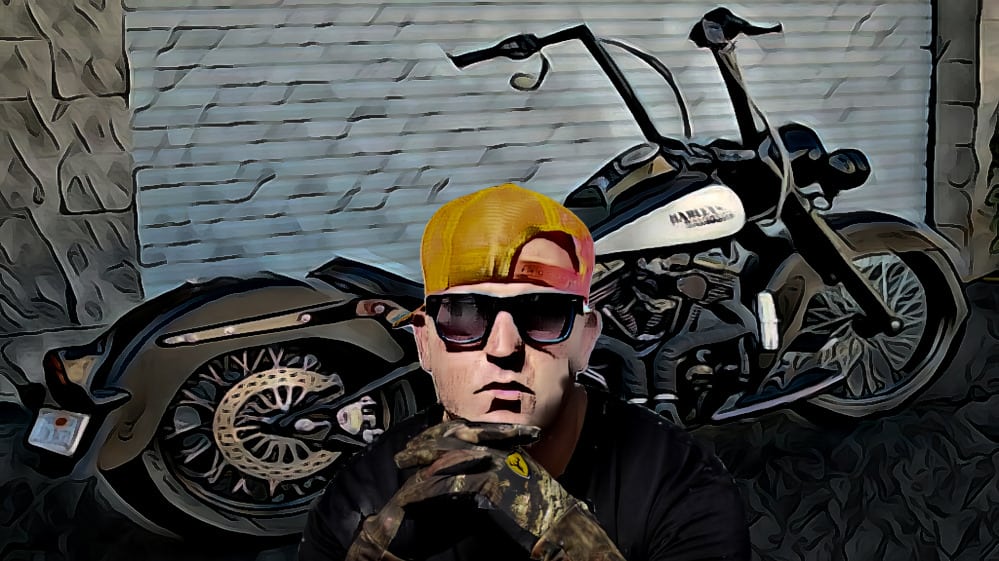 Jezebel had too much momentum going. She couldn’t “freeze” even though her brain tried to send that message to her legs. She got just to the point of the bathroom door, when Ruston jerked the door open and let loose with the only weapon he could find in the medicine chest – a king-size can of extra-strength hairspray. “Pssssssssssssst!!” came the blast, hitting Jezebel full-on in her left eye and most of her face. A big wet cloud of sticky droplets flooded up her nose. She plowed into Missy, who was barely able to keep from shooting someone since she, too, had received an unhealthy dose of “Hair-do-Net” to her eyes and nose.

Jezebel hit the floor, squealing and squirming. Missy stumbled into her bedroom and straight into the half-bath off of it, grabbing a washcloth off the rack with one hand, setting the pistol down with the other, and then used the cloth and both hands to repeatedly splash cold water all over her face. She was coughing and spitting, not yet sure that the danger in the hall was handled, but not able to see or breathe well enough to do anything about it.

Jezebel was gagging and retching, Ruston was standing there crying, and Norman just kept yelling, “Oh, my Lord, Ruston! What have you done?”

Warm Springs Village’s finest were scrambling to deal with Jezebel, knowing that if they handcuffed her in this condition, she might well choke to death. Mostly, they just stood there, looking at each other. Marla Jo Maynard radioed the Chief to update him, but the current situation was so unique and fluid that she sounded like she was just stammering.

The Chief advised Marla Jo that he would be there right away. As he headed out the door of the auditorium to his squad car, the officer standing guard heard him say under his breath, “I am getting too old for this kind of insanity!”

One of the officers inside Missy’s house brought Jezebel a glass of water and a roll of paper towels from the kitchen and she tried to gargle a little bit and use some of the water to wash the stinging goo out of her eyes. Blowing her nose helped some, but she was gasping to get a deep breath. Every bit of the fight and strength had left her body.

Missy soon recovered enough to rejoin the gathering in the hall. She looked like she had been waterboarded. She was mad as a wet hen.

She resisted the urge to grab Jezebel by her long, black hair, but her voice carried the full weight of just how “done” she was with all the Norman/Ruston/Jezebel drama.

“You little snollygoster!” Missy shrieked. “You skinny little hellion!” she continued. “You worthless little agent provocateur!” Missy hadn’t had this much use for her Ph.D. in English since college.

“You come barging into my home and my life, creating havoc and misery, and for what? I have never done anything to you! You think you will accomplish anything acting like a human tornado ripping through a trailer park?” Missy wasn’t running out of steam yet.

“If you think you will impress Ruston this way, you have a lot to learn about how to win a man! And furthermore, you have a lot to learn about trespassing laws and breaking and entering! And terroristic threatening! I had already reached the end of my rope with the constant stress around here, and then here you come, like a wrecking ball!” At this point, Missy’s face was a deep enough pink that Marla Jo decided to cut into the action. She quickly stepped in between Missy and Jezebel.

Jezebel had been trying to formulate some kind of response, but it seemed the hairspray had glued not only her face, but her brain. She whimpered, then threw down the rest of the roll of paper towels. Then she stamped her foot and just swung her fist in the air.

This seemed like a signal to the police that she was well enough to be handcuffed. They made quick work of it, and hauled her off to the cruiser outside. She wasn’t saying anything by now. Just sniffing occasionally.

Back at the Woodlands Auditorium, the show had wrapped up with a standing ovation, and smiles were on the faces of the Rising Voices members – even the ones whose wallets had been pilfered earlier.

Audrey Younger and Bette Kogut had come backstage to congratulate Maureen and Lena on their performance, and folks were standing around in small groups, chatting. A reporter from the Warm Springs Village Gazette had Marcus Breen cornered, getting all the details and extras from him. Elston Brazil had been stopped by a lady with her nine-year-old son, who was taking piano lessons, to get some pointers and encouragement for the boy.

As news trickled back to the door guards that the culprit had been apprehended and was on her way to the jailhouse, they relaxed a bit and started mingling with the crowd of Villagers milling around in and outside the auditorium. Soon, quite a bit of detail from the story of the great dustup and takedown of Jezebel at Missy’s house had filtered through the various groups still in the parking lot. A couple of hundred senior citizens were now feasting and opining on the juiciest gossip that had hit the village on that particular day.

With everyone preoccupied with the Jezebel story and the buzz about it filling every ear in the vicinity, nobody paid any attention to a stranger in their midst who didn’t seem to fit the demographic. He was about thirty years old, dressed a little bit “country” with muscles bigger than Bubba’s from “In the Heat of the Night” and just sort of moseyed in a random pattern all over the parking lot, picking up information from everyone who was hashing or rehashing the great show they had just seen, or the wild events that had taken place backstage and at Missy’s house.

Lance Strong couldn’t believe his luck. He had known enough to come to Warm Springs Village to search for his runaway bride, Jezebel, but to have stopped at the first large gathering he had come across and strike a gold mine of information, well, he was just tickled from the top of his wavy blonde hair, right down past his rippling biceps and abdominal six-pack, and to the soles of his size twelve boots, which supported all six-foot-eight of his frame.

Tucked inside the back of his Wranglers, he kept a .380 ACP, fully loaded with thirteen shells. His shirt bloused enough to cover it. He kept a trusty Bowie knife in a rough leather sheath strapped to his leg, and no one seemed to care to question him about it.

He strolled nonchalantly over to his motorcycle, which was parked at the very edge of the lot and straddled it. No helmet necessary for this tough guy. He felt confident that he could locate the jail in this cozy village without much trouble, but that would wait until tomorrow. He had already had a long few days since he had been left at the altar waiting on the dark-haired hussy, Jezebel, who had abandoned him for her former heartthrob. She had set out to find Ruston, and Lance had set out to find her. Ruston had been completely in the dark about the sudden wedding plans that Lance had talked Jezebel into, so he had no idea that the small, brunette tornado who found him just this evening was being tailed by a much larger, blonde hurricane. Let’s just say the weather in Warm Springs Village was about to get very bumpy.

Stay Tuned For More To Come…

Click here for the links to read the previous chapters

Click on the Author Block Below To Visit Nancy’s Listing of The Diery On Amazon.Com