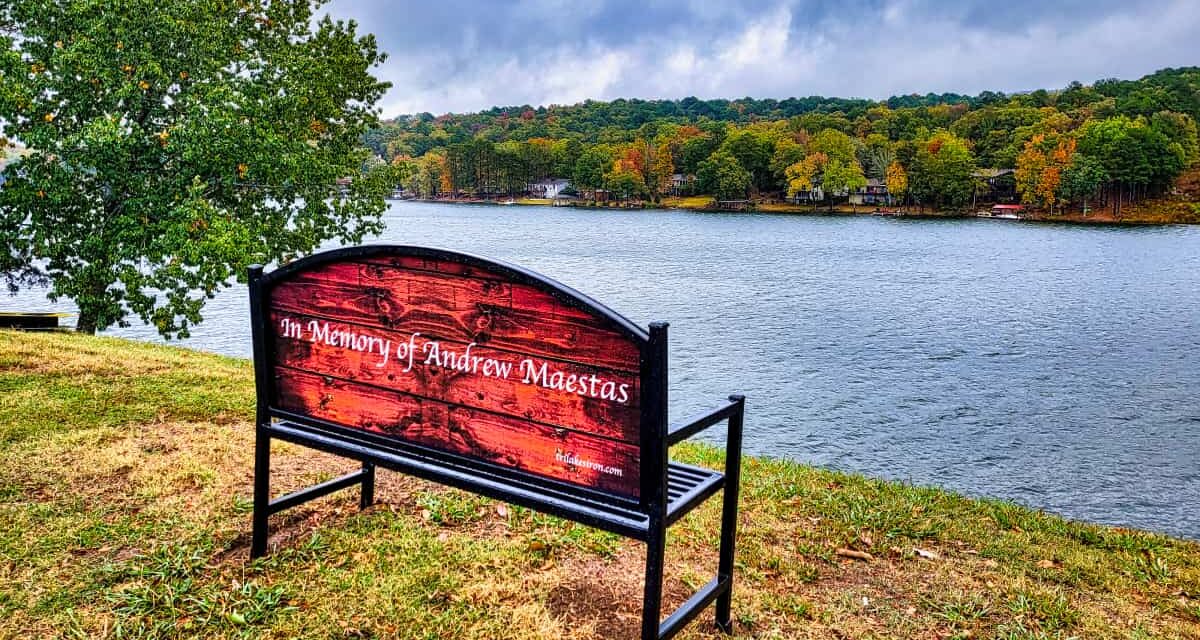 Hot Springs Village attracts visitors from all over the country, especially on holiday weekends. Last Martin Luther King, Jr. holiday weekend was no exception as the Maestas family gathered at a home on Lake DeSoto. It was a good midpoint between Fort Campbell Army Base where Sgt. Andrew Maestas had recently been stationed, and McKinney, Texas, where Maestas grew up, and his parents still resided.

Unfortunately, the holiday ended in tragedy. Maestas drowned after falling out of the kayak he had taken onto the lake for a pre-breakfast paddle Sunday morning. Maestas’ death affected many of us, especially those living on area lakes and Lake DeSoto in particular. While none of us knew Maestas or his family personally, several wanted to do something. The idea of a memorial bench was funded by the contributions of many Villagers by spring 2022, and installation finally came to fruition last month after supply chain issues were resolved. The bench is located on the north side of Lake DeSoto overlooking the site of the accident.

Maestas was a young man serving our country, enjoying a weekend off with family, none aware it would be their last time together. Who could imagine a strong young man fit to serve in the U.S. Army would go under water never to surface again? I, for one, could not understand how it happened, so I reached out to CPT Chris Barber, USA, Retired, who taught water survival training with the U.S. Navy for three years, and Combat Water Survival Training for the U.S. Army after gaining a commission. Barber continues to maintain his water survival skills by teaching civilians and maintains a rescue diving certification in retirement.

Barber explained, “Cold water gasp reflex is the physiological response the body has when a person experiences sudden immersion into cold water that triggers an involuntary torso reflex causing the person to aspirate water into their airway from the larynx spasm and lungs, which can lead to disorientation, increased heart rate, panic, and the loss of ability to swim or stay afloat. Unless the lungs fill with residual air, the person will descend further underwater leading to their death. Being fully clothed and entering the water adversely heightens panic and stress of the body due to the added weight and hydrodynamic drag induced on the body’s arms and legs, which is then compounded by the lack of muscle response from the cold-water shock.” Barber went on to say it does not take frigid water for these types of drownings. Water can be as warm as 65 degrees for this to happen, and it not only affects weak swimmers, but strong swimmers can succumb just as quickly. Barber recommends everyone on the water wear a U.S. Coast Guard-approved Personal Floatation Device (PFD), especially when the water is cold.

Let Maestas’ memory serve as a reminder to all Villagers and visitors to respect the water, which has the power to sustain life or yield untimely deaths when proper precautions are not taken.

Click here to read the article about the tragedy.