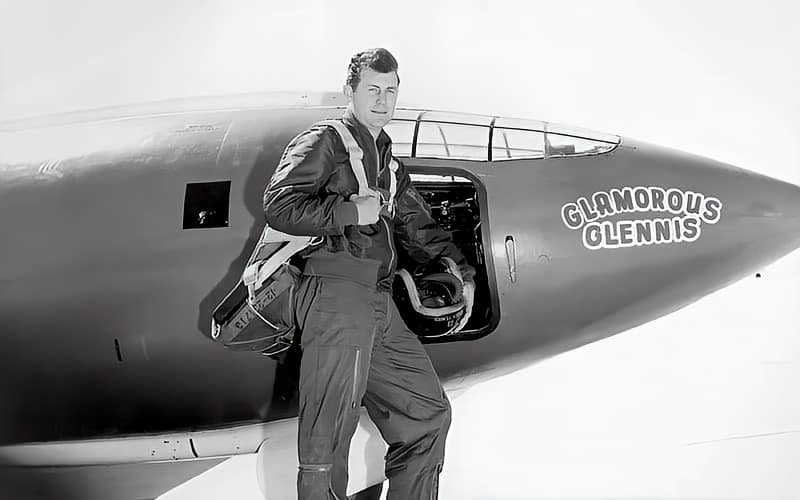 Charles Elwood was born in Myra, West Virginia on February 13, 1923, to farming parents, Albert Hal and Susie Mae. Most of his childhood and teenage years were spent in the town of Hamlin. He attended the Citizens Military Training Camp at Fort Benjamin Harrison in Indianapolis, Indiana during the summers of 1939 and 1940, and graduated from Hamlin High School in June 1941.

Charles enlisted as a private in the U.S. Army Air Forces (USAAF) on September 12, 1941, and became an aircraft mechanic at George Air Force Base in Victorville, California. At his enlistment, he was not eligible for flight training because of his age and educational background, but the entry of the U.S. into World War II less than three months later prompted the USAAF to alter its recruiting standards. Charles showed natural talent and high promise as a pilot and was accepted for flight training.

He received his wings and a promotion to flight officer at Luke Field, Arizona, where he graduated in March 1943. Assigned to the 357th Fighter Group at Tonopah, Nevada, he initially trained as a fighter pilot, flying Bell P-39 Airacobras, and shipped overseas with the group in November 1943.

Charles was stationed in the United Kingdom (UK), flying P-51 Mustangs in combat with the 363rd Fighter Squadron. He named his aircraft Glamorous Glen III after his girlfriend, Glennis Faye Dickhouse. Charles was shot down over France in March 1944 during his eighth mission. He escaped to Spain with the help of the French Resistance and returned to England in May 1944. He was awarded the Bronze Star for helping another airman escape who had lost part of his leg during the escape attempt.

Charles was commissioned a second lieutenant while in the UK and was promoted to captain before the end of his tour. He flew his 61st and final combat mission on January 15, 1945, and returned to the United States in early February. His high number of flight hours and maintenance experience qualified him to become a functional test pilot of repaired aircraft. Soon after his return to the U.S., Charles and Glennis were married.

Charles remained in the Air Force after the war, becoming a test pilot at Muroc Army Air Field (now Edwards Air Force Base), following graduation from Air Materiel Command Flight Performance School. The USAF needed someone to fly the rocket-powered Bell XS-1 in a Nation Advisory Committee for Aeronautics (NACA) program to provide aerospace companies with better information on high-speed flight in order to improve aircraft design. It was hoped that the X-1 would answer questions about compressibility and control problems, powerplant issues, and the effects of higher Mach numbers. At that time, no one knew for sure whether an airplane could exceed “Mach 1,” the speed of sound. A British pilot, Geoffrey de Havilland, had died trying. The USAAF selected Charles for the flight. Because no jet engine at that time was powerful enough, the Bell X-1 used a four-chamber XLR-11 rocket engine that produced 6,000 lbs of static thrust.

Two nights before the scheduled date for the flight, Charles broke two ribs when he fell from a horse. To avoid cancellation of the flight, he went to a civilian doctor who taped his ribs. Charles told only his wife and friend and fellow project pilot, Jack Ridley. On the day of the flight, he was in such pain that he could not seal the X-1’s hatch by himself. Ridley made a special device that allowed Charles to seal the hatch.

Seventy-five years ago this week, October 14, 1947, Charles Elwood (Chuck) Yeager descended into the X-1 (he named Glamorous Glennis) positioned in the bomb bay of a Boeing B-29. At an altitude of 23,000 feet over the Mojave Desert, the X-1 was released and dropped 500 feet while Yeager struggled to bring it under control. He began firing the rocket engines, climbing to 43,000 feet and flying at Mach 1.06 (700 mph) for 18 seconds. As he later described, “I was so high and so remote, and the airplane was so very quiet that I might have been motionless.” The sonic boom heard below confirmed that Chuck Yeager had indeed punched through the sound barrier. The X-1 he flew that day was put on permanent display at the Smithsonian Institution’s National Air and Space Museum in 1950.

In 1948, Yeager was awarded the MacKay and Collier Trophies for this phenomenal flight. He went on to train military pilots, many of whom became astronauts. In 1962, he became the first commandant of the USAF Aerospace Research Pilot School, which trained and produced astronauts for NASA and the Air Force. He also received other awards for breaking speed and altitude records, and he served in various command posts until his retirement from the Air Force in 1975. He was promoted to brigadier general in 1969, inducted into the National Aviation Hall of Fame in 1973, and awarded the Presidential Medal of Freedom in 1985. His accomplishments, fame, and notoriety were boosted by his portrayal in the 1979 book The Right Stuff and its 1983 film adaptation.

On October 14, 1997, to commemorate the 50th anniversary of his breaking the sound barrier, Yeager took to the skies to push past Mach 1 once again. In 2012 at age 89, he did it again to mark the sixty-fifth anniversary of that historic date. No doubt, if General Yeager was still with us today he would want to take to the skies once more and celebrate the seventy-fifth anniversary. Chuck Yeager passed away on December 7, 2020, at age 97. His bride of 45 years, Glennis, died of cancer in 1990. He was survived by his second wife Victoria who he married in 2003.

When asked if he was ever afraid, he replied, “What good does it do to be afraid? It doesn’t help anything. You better try and figure out what’s happening and correct it.” When asked if he thought any of his feats were heroic? “A lot of it was just being in the right place at the right time.” Of course, having the “Right Stuff” may have also helped!

Cover Image: Yeager in front of the Bell X-1, which, as with all of the aircraft assigned to him, he named Glamorous Glennis (or some variation thereof) after his wife – Image Courtesy of Wikipedia