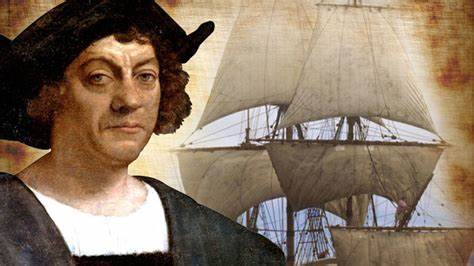 Like many of you, as a child, I learned about Christopher Columbus as the man who sailed the ocean blue in 1492. Unfortunately, much of what has been written about him by contemporary critics has been inaccurate, historically and contextually obscured, and even disparaging to his actual identity. To move beyond these distortions and the simplistic myths about Columbus and the Americas of his time, balanced literature such as George Grant’s The Last Crusader: The Untold Story of Christopher Columbus and Robert Royal’s 1492 And All That are good reads. This week, as we observe the 530th anniversary of his famous voyage, I think it is in order for us to discover more about Columbus the man and some facts which perhaps remain unknown to some Americans, particularly younger ones and especially in light of modern-day efforts to re-write history and paint Columbus with a broad politically-correct/Cancel Culture brush which typically trends toward a condemning portrait of not only him but of Western Civilization itself.

According to early history books, Columbus’s real name was Cristobol Colon. So, who was he…beyond just what we’ve read or heard? His writings and the records kept by his contemporaries indicate that Columbus was a pious man and a diligent student of the Bible, a man of unshakable faith who believed he was an instrument in God’s hands. Columbus was convinced that “He [God] bestowed the arts of seamanship upon me in abundance, and has given me what was necessary from [astronomy], geometry, and arithmetic; and has given me adequate inventiveness in my soul.”

What we remember is that Columbus’s voyage was funded by Queen Isabella and King Ferdinand of Castile (a part of what became the kingdom of Spain in 1516). However, what may not be as commonly known is Columbus’s missionary outreach motive and the Queen’s acceptance and endorsement of it. While Columbus, and most certainly his Spanish benefactors, had an interest in the gold and goods he could return from what they thought would be Asia, the explorer’s primary motivation was religious. As he expressed it, Gold is a treasure, and he who possesses it does all he wishes to in this world, and succeeds in helping souls into paradise. According to historian Samuel Eliot Morison: this conviction that God destined him to be an instrument for spreading the faith was far more potent than the desire to win glory, wealth, and worldly honors.

Columbus wrote a book entitled Book of Prophecies in which he copied down Scripture related to bringing the Gospel to unknown coastlands. This book has been translated into English from the original Latin and Spanish versions by the late scholar Dr. August Kling. Columbus’s writings reveal a spiritual depth about him. Even his signature is encased in a triangular pattern, with the names of God written above the signature, Christopher Ferens (Christ Bearer).

In his “Book of Prophecies,” Columbus wrote, At a very early age, I began to sail upon the ocean. For more than forty years, I have sailed everywhere that people go. I prayed to the most merciful Lord about my heart’s great desire, and He gave me the spirit and the intelligence for the task: seafaring, astronomy, geometry, arithmetic, skill in drafting spherical maps and placing correctly the cities, rivers, mountains and ports. It was the Lord who put it into my mind (I could feel His hand upon me) the fact that it would be possible to sail from here to the Indies. All who heard of my project rejected it with laughter, ridiculing me. There is no question that the inspiration was from the Holy Spirit….No one should fear to undertake any task in the name of our Savior, if it is just and if the intention is purely for His holy service.

Christopher Columbus was an astonishing sailor, perhaps one of the greatest in history. In the 21st century, it is hard to imagine what Columbus faced as he crossed the Atlantic. If things went awry, there would be nothing to save his little flotilla besides hope, prayer, and courage. He was a magnificent maritime leader of men, but as a governor and in some other capacities he came up short, even to the point of failure. Such failures have been amplified and distorted in the form of accusations that he waged a genocidal war and engaged in acts of cruelty against indigenous people in the Americas. Historians such as Carol Delaney have discredited these claims. She wrote that Columbus strictly told the crew to avoid mistreatment of any kind to the native people, but instead to show them respect. There are many examples in his writings where he gave instructions to this effect. Most of the time when injustices occurred Columbus wasn’t even there, having taken place after he departed. We know there were terrible diseases communicated to the natives, but should the responsibility for that be placed on one man when other explorers came before and since?

As a man in the midst of unprecedented circumstances, it can be quite tempting and easy to judge Columbus in a narrow perspective and negative light and through only contemporary concepts of 16th-century cultural norms. Columbus is but one of many notables in American History who has fallen prey to those who would sever history from its context and setting. In purging and sanitizing our history, they ignore the reality of the human condition to which we are all subject to. Remaining on this path will not only rob our younger generations of a balanced understanding of our nation’s history and therefore its lessons, but it will set us up for failures, the magnitude of which we can’t imagine and which will make our previous failures pale by comparison.

Christopher Columbus was indeed a flawed man (as are all men), but his life was consequential in more ways positive than otherwise. His proven skills and leadership on the high seas, his earnest desire to share Christ with unknown peoples, and his determined and focused quest for a westward route to Asia resulted in a history-altering discovery and in epic changes in the world; linking Europe to the Americas, opening the exchange of knowledge, ideas and religion among various cultures, and creating opportunities in a new world for the unfolding of individual freedom, self-government, and liberty under law.

As one of our former presidents expressed it: Columbus is justly admired as a brilliant navigator, a fearless man of action, and a visionary who opened the eyes of an older world to an entirely new one. Above all, he personifies a view of the world that many see as quintessentially American: not merely optimistic, but scornful of the very notion of despair.

When we have lost reverence and respect for the virtues of courage, strength, boldness, and a willingness to do whatever it takes to secure for ourselves and for our children a better future than those who’ve come before us; when we no longer have the capacity and today the audacity to celebrate men like Columbus, we will have lost much of what has made our nation distinct and great.