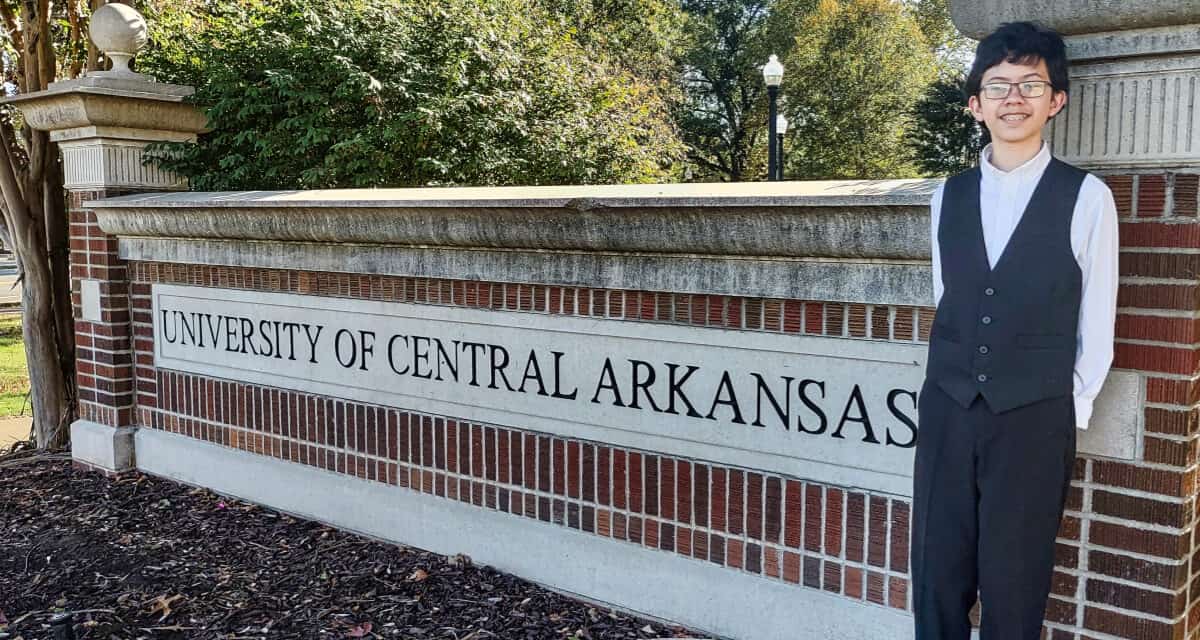 Thomas placed first in the 2022 AR State Music Teacher’s National Association (MTNA) Piano Competition held on Saturday, November 5 at the Snow Fine Arts Center, University of Central Arkansas (UCA) in Conway. The MTNA Piano Competition is held once a year in each participating state across the nation. This year, there were five Arkansas state competitors in the 11-14 age group, somewhat less than in previous years. Thomas is now 13 years old, by the way. The MTNA is the second piano competition won by Thomas in consecutive months, the first one being the University of Memphis International Piano Festival late last month (October 22) in Memphis, Tennessee, where Thomas came out on top of over 20 competitors.

Thomas’ winning performance this year included five pieces: the first movement of Bach’s Partida No 2 in C Minor, Chopin’s Fantaisie Impromptu Op 66, the first movement of Beethoven’s Sonata in B flat major Op 22, and two shorter pieces by Sergei Prokofiev Op 12 No 6 and No 7. His total playing time was about 20 minutes.

The next level of the MTNA National Competition requires each state winner to submit video recordings of their competition repertoire no later than December 7, 2022, along with a bio, a photo, and other public relation information as requested. This “next level” is a video-only division competition. Video division winners will compete in person at the national finals during the annual MTNA National Conference.

Thomas is under the professional guidance of Dr. Naoki Hakutani, DMA, Associate Professor of Classical Piano at UALR. Dr. Hakutani has been at UALR for 15 years and was introduced to Thomas earlier this year.