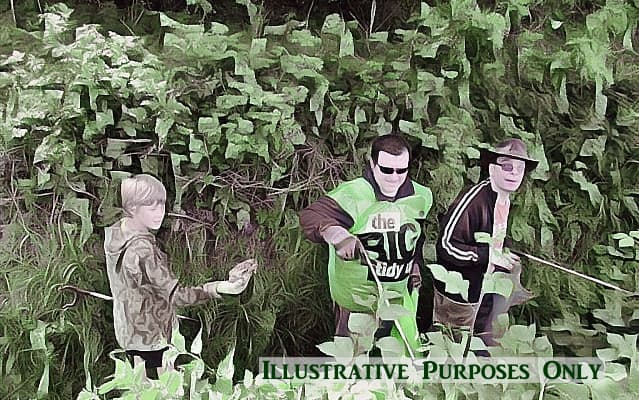 When Trying to Clean Up Common Property, a Hot Springs Village Couple Was Met With Hostility From Neighbors

Names have been redacted for privacy reasons. Two new HSV residents addressed the Common Property, Forest, and Wildlife Committee on July 11, 2022 about an issue on common property abutting their lot. This property has been used for 20 years by neighbors as a place to dump yard debris. Desiring to clean up the property, the couple inquired with the POA about purchasing this land. They were told that common property cannot be sold, but if they wanted to clean up the property, they would need to obtain a Class 1 Permit. (Around five years ago, half of the property was already cleaned up.)

According to the HSVPOA Policy Guide, Class 1 Permits are for the purpose of general clean-up; removal of vines and shrubs; pruning and cutting of seedlings and small trees less than three inches in diameter; cutting of large trees that are hazardous, unhealthy, diseased, or dead; and limited landscaping.

The property owners were told to notify all neighbors within 150 feet of the property of their intentions by registered letter. (There is some confusion as to whether the 150′ feet rule is for both Class 1 and Class 2 Permits.) They said they have submitted the required paperwork to the POA.

The gentleman said, “We’ve had some difficulties with a couple of neighbors not wanting to give up their favorite dump site, but I think that has been resolved.”

The woman said that one of the neighbors said that if he was fined for dumping, her husband would pay for it. The couple said they didn’t realize the hostility they would run into when trying to clean up the neighborhood. They eventually realized that part of the dump site was located on their own property.

Todd Noles, Superintendent of Common Property, said that he notified the property owners doing the dumping that they need to bag up debris and call the POA for pickup. The rule violators are aware that a fine will be issued if they continue to dump.

The couple’s permit was denied because some of the neighbors disagreed with the cleanup. A neighbor who initially agreed to the permit said he did not understand what he was signing. Two other neighbors refused to sign the paperwork. They said they were concerned with snakes.

Committee Chair, Scott McCord, said that the neighbors were dumping illegally and this should circumvent their privilege (if the 150′ rule even applies) to deny the permit. There should also be a good reason for a neighbor to deny cleanup of this nature.

McCord said the committee would address this issue outside of the meeting and let the couple know the resolution within a week.