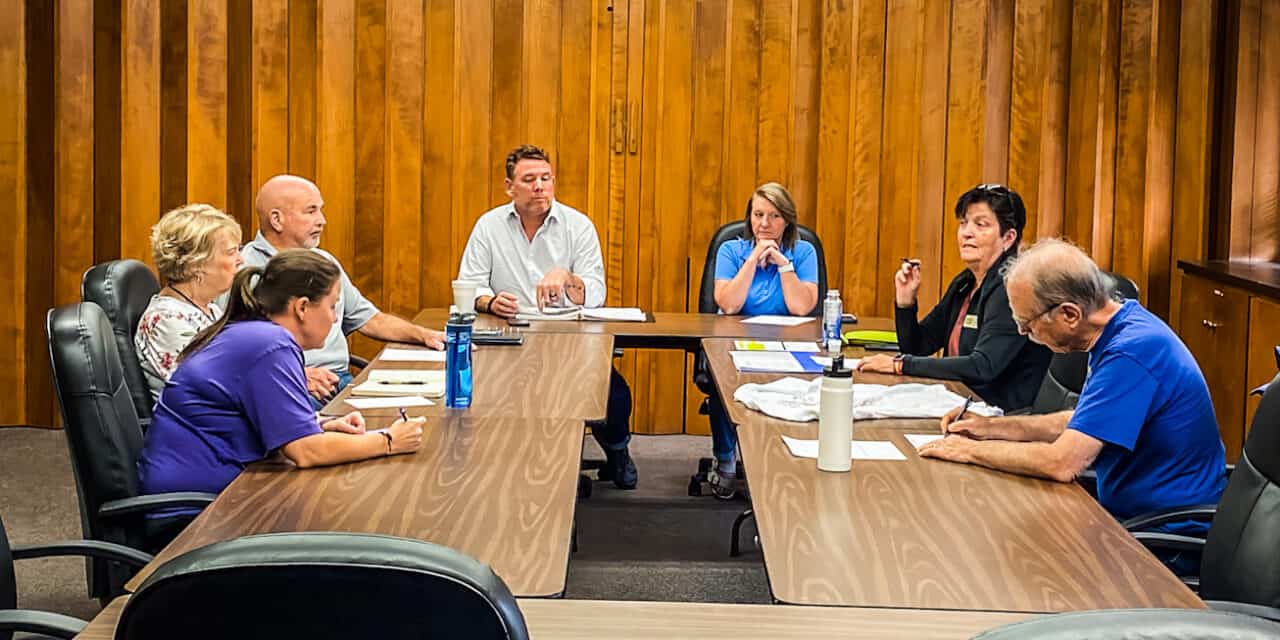 The Hot Springs Village Parks and Recreation Committee met on October 10, 2022, at 3:00 PM at the Coronado Community Center.

Ambulance – Avila said the ambulance contract was signed and there was a lot of positive feedback from Villagers. The POA decided to retain the current provider, LifeNet Emergency Medical Services.

Sanitation – Sanitation issues regarding yard debris are still being worked through.

Village Digest – The POA is working to streamline the weekly Digest. Katrina Heap, Administrative Assistant to the GM, is working hard in this area. Avila said she is providing some support to Heap.

“A lot of the rules that govern the Village are really old – 50 years old, some of them. Times have changed. Lives have changed. The way we live our lives has changed. It really was time to go through the rules and look at them carefully again and see what makes sense for who we are today and how we live today,” explained Avila.

Fundraising – The POA held an entertainment fundraiser earlier in the month and raised over $2,800, which is earmarked to improve the lighting system. This will be used with some POA funds to improve the stage area.

Wiley stated that they are working with the Village Concert Association, which will donate $15,000 for acoustic paneling and acoustic draperies, and some other sound improvements for the Woodlands Auditorium.

Balboa Beach Park – The HSV Evening Lions held a Baggo Tournament, raising close to $2,000 to be used at Balboa Beach Park. There have been many trees cleared, and a lot fill dirt has been relocated from the Terlingua Facility. It is hoped the playground will be completed in a month or at least before winter.

Picnic Tables – Eleven metal picnic tables have arrived. Seven will be placed at Grove Park, and four will be installed at Balboa Beach Park. The P and R Department has requested more picnic tables in the 2023 budget.

WayPoint Cafe and Marina – WayPoint is closed for the season. A contract with a vendor was signed on October 10 to manage the WayPoint facility. Wiley said we would still generate revenue from the vendor, but the advantage to the POA is that the staff used to operate WayPoint will be freed up to perform other P and R tasks. The vendor purchased two pontoon boats and also a couple of kayaks. The POA plans to rent kayaks at other locations.

Trails – Six to seven miles of trails have been resurfaced.

Pickleball Club Lease Contract – A contract was signed with Vulcan for the Pickleball Club. There will be a pickleball pro shop at the DeSoto Recreation facility where various Vulcan pickleball merchandise will be displayed for sale.

T-Shirt Sales – Wiley said they sold all of the Parks and Recreation t-shirts and will be ordering some hoodies in various colors. The shirts are being used by the staff as a uniform, and the sales of the extra shirts paid for more than half of the cost of providing staff with the shirts. Long sleeve P and R t-shirts are also a possibility in the future.

Mark Quinton – The HSV Archery Range is being well utilized.

Kristy Schneider – Schneider met with an artist regarding the update of the mini golf amenity. They discussed artistic ideas and possible sources for donated materials.

Fuller said they are talking about creating a themed mini golf park. There is already electricity at the last three holes, which opens up more options like a windmill.

Gonzales said they have formed a mini-golf subcommittee to work with Wiley and the P and R staff, as the amenity is in need of some updating. Boomers Rock has offered to help with manpower and funding. There are other clubs they can also reach out to.

The general consensus of the subcommittee is to make mini golf Arkansas-themed.

Gonzales is working on a spreadsheet that discusses each hole and what the subcommittee feels is needed.

Debra Fuller – Three people have submitted their applications for the P and R Committee. Fuller asked the committee members how many members the committee should strive to have. The charter states there should be seven to nine members.

Quinton said, “It is a catch-22.” Quinton said that they need to wait until after the interview to see how many candidates are a good fit for the committee.

Schneider said they need new members that want to jump in and be active on the committee.

Doody said he favored expanding the committee to nine members because some current members will be leaving next spring.

Gonzales said the committee is looking for quality. They do not want less productive committee members just to raise the roster to nine members. “This is very much a hands-on; roll up your sleeves, get busy, and do some work committee,” explained Gonzales. She said they should not focus on having nine committee members, but rather should look for new members who want to be productive on the committee.

Fuller said that quality over quantity means they are looking for committee members who are ready to roll their sleeves up. Committee members should not have an agenda to focus on one or two amenities, but be willing to work on any amenity.

Director Wiley said this year’s festival was not as big as it was last year.

Gonzales said that a state grant paid for the festival and the grant is not being fulfilled contractually. “They may not be aware, or they may not care,” Gonzales continued.

Doody said the event was sparsely attended in the morning, but the evening concert at Grove Park was well-attended.

Fuller said they have attempted two events that did not come to fruition because of a lack of interest. One attempted event was “Get in the Game” and the second was the “Yak Run.” There was low registration for both events. “What can we do that is more Village-friendly that will generate interest, excitement, and participation?” asked Fuller. Possibly a survey will be sent out to find out what kinds of recreational activities interest Villagers.