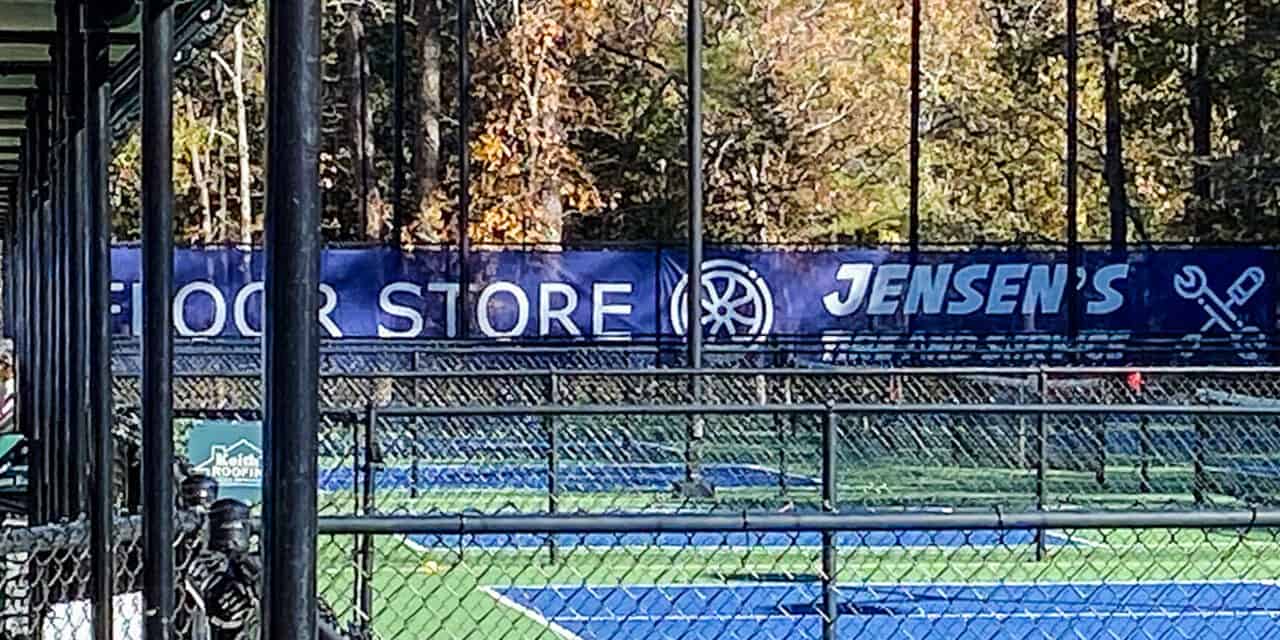 The following email was released to the Hot Springs Village Pickleball Club Members. Documents from the PIckleball Club website have also been included below. While the HSV Gazette has requested a response from the POA Board of Directors, we are not in receipt of a reply at the time of the article’s publication. In all fairness to the POA, it is a holiday week.

HSV Pickleball Club Board Email to Club Members re: Windscreens

The PB Club Board felt it was time to share the communications between the current POA Board/GM and our Board, as well as some history relative to the windscreen signage. The current POA decided to terminate the agreement that has been active for four years. The PB Board was told we had done nothing wrong, nor had we hidden our intentions of soliciting donations to improve our courts. Three previous POA General Managers and POA Boards agreed with the signage and did not question our intentions. Without these sponsorships and our membership, our Club would not have been able to provide 14 benches, shade cover down the middle of the courts, 3 picnic tables with umbrellas, tools for water removal, and leaf blowers.    All donations (approximately $50,000) received have been used solely to improve the PB facility and any remaining donations will also be used for that purpose. We are hard-pressed to identify any POA financial support over the past four years and without this sponsor income source, we are very concerned about what will happen to our pickleball courts’ future and/or growth.

In 2018 after the new pickleball courts were built, the PB Club asked the POA Recreation Dept. to install much-needed windscreens on the courts, similar to those on the tennis courts.  The Recreation Dept. said funds were not available and suggested the PB Club raise the money to purchase windscreens. The PB Club Board initiated the windscreen sponsorship program. The program was approved by the Recreation Department and the Architectural Control Committee. The program gave local businesses the opportunity to support the HSV pickleball community through a monetary donation to the Club. In exchange, a windscreen with approved ACC signage was installed to designate their sponsorship.  Within 2 years, every court had windscreens.  Excess funds donated were then used to purchase the shade cover over the walkway and tools to keep the courts clean and dry. This program provided an improved facility without POA investment.

Sadly, with a new POA Board and new GM things changed. In June, a meeting was held with the PB Club President and Treasurer and members of the POA Board, and the GM to discuss the concerns the POA Board had regarding the windscreens and the approval process to obtain the sponsorships. The position of the GM and POA Board was the windscreen signage did not conform with HSV regulations.

On July 28th, the PB Club Treasurer and President received a letter from the POA Board Chairman demanding the Club cease and desist all new and renewal contracts for windscreens and provide a complete audit of the donations received and receipts for expenditures.

On August 10th, the PB Club Board and the POA Board, and GM met to discuss why the POA wanted to stop a program that has been very successful and saved residents thousands of assessment dollars. Even though the windscreen were approved, the current POA Board and GM decided to rescind that approval stating the windscreens violate HSV signage regulations. At this meeting, the POA Board and GM verbally agreed to allow the windscreens to remain until the sponsor agreements expired and at that time the POA would remove each windscreen and replace it with a blank windscreen. After the meeting, the PB Club sent a letter to the POA Board outlining this verbal agreement and requesting that it be signed. The POA would not agree to sign the letter.

On October 10th, the PB Club Treasurer met again with POA Board members and the GM and provided a spreadsheet with all income and expenditures over the past 4 years pertaining to windscreens.  The PB Club has an approximate balance of $7,300 attributed to donations from windscreen sponsors. The POA wants the PB Club to turn over this money and the POA would use the money to purchase new windscreens. Again, they would not put this in writing; the concern is that the money would be put into the general fund and possibly used for other amenities.

Our generous sponsors donated money to the PB Club. The original windscreen sponsorship proposal approved by the POA management in 2018 never authorized any sponsor donations to be given to the POA. Instead, all donations collected by the PB Club would be used to fund the needs of the PB facility. Therefore, the PB Board indicated it would purchase the replacement windscreens and store them until the contracts expire.  This solution was not acceptable to the POA, who indicated they would purchase windscreens and invoice the PB Club for the total remaining balance ($7,300) of donations from sponsorships.

PB is the hottest sport in the country today.  Sponsorships are relatively easy to find, and it would seem logical to take advantage of this to continue improving the courts.  The PB Board is also submitting a letter to the Rules Committee to attempt to get some agreement on sponsorship signage.  It’s time to change these outdated ways of doing business.  Let’s embrace our Sponsors before they abandon us.

Please reference https://hsvpickleball.com/windscreens to see the actual correspondence, with the exception of the final email indicating the POA would invoice the PB Club for the entire amount remaining from the sponsorship donations.