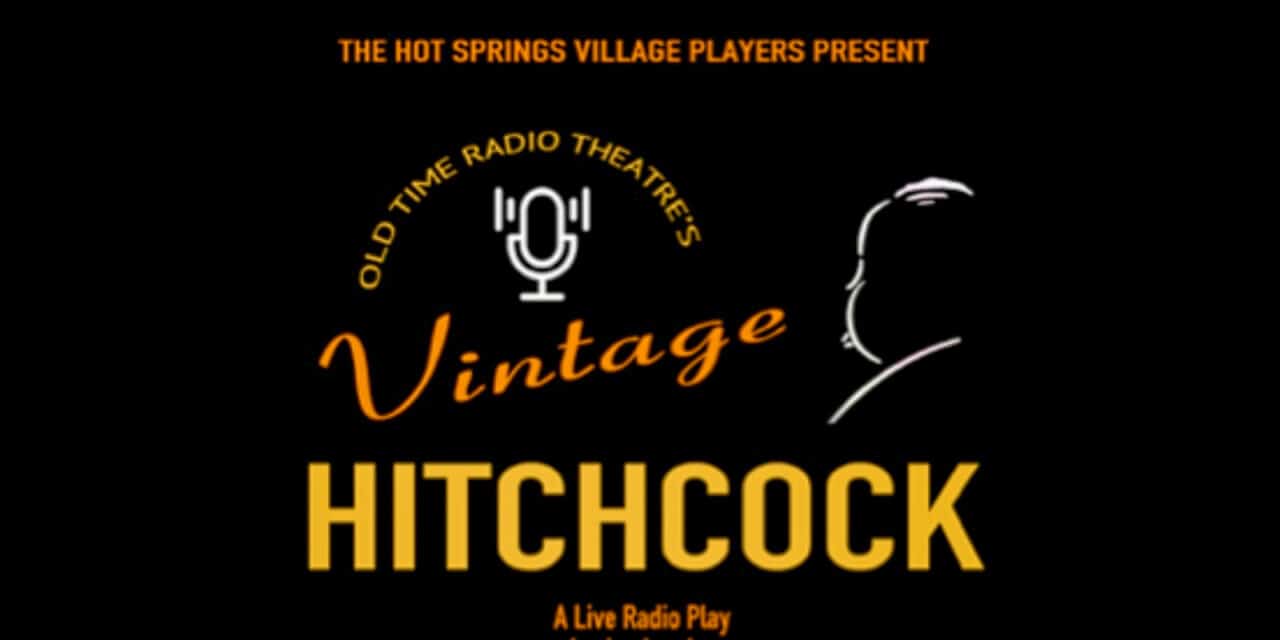 In the Golden Age of Radio – the 1920s through the early 1950s – families gathered around the radio in the evenings to hear their favorite programs.

The Hot Springs Village Players will bring that era back to life on July 29th and 30th, 6 pm, Coronado Center in Hot Springs Village, when they present a double feature of Vintage Alfred Hitchcock thrillers, The Lodger and The 39 Steps. Between the two, the audience will get a taste of everything from international spy rings, murder, intrigue, and romance, to serial killers stalking victims through the foggy London nights.

The Lodger is inspired by England’s most notorious killer, Jack the Ripper.  A London couple is thrilled to find what they believe is the perfect man to rent a room in their home. He’s nice, quiet, and pays in advance. But soon they begin to suspect he is the serial killer who’s terrorizing young London women. And, of course, the couple has a young daughter.

In the second thriller, The 39 Steps, a mysterious gunshot rings out in a theatre and starts protagonist Richard Hannay on an adventure of murder and mistaken identity. With his unwilling accomplice, Pamela, literally attached to his side, he’s forced to elude the police to clear his name and prevent spies from stealing British military secrets.

The HSV Players will present Vintage Hitchcock: A Live Radio Play, by Joe Landry, on July 29 and 30 at the Coronado Center, under the direction of Missy Masterson Hale. David Brown is the producer. These two shorter Alfred Hitchcock plays will be performed by actors in vintage costumes on what Masterson Hale calls a “phenomenal” set.

The actors will perform at microphones in front of a unique and spectacular, stage-size radio set, which was designed and built by architect Michael Valdstein, designer of several of the buildings for the 1980 Moscow Olympics. Live sound effects are to be produced by Foley artists, Toby Hamilton and Jean Campbell, and digital sound effects by Linda McAteer.

Vintage commercials and songs from the 1940s will be sung live by a trio of ladies – Maureen Morgan,  Nancy Carlton, and Kelly Esteves – accompanied by a Victor Borge-style organist portrayed by Bob Benke. A special “Hitchcocktail” will be available for purchase at the bar, along with coffee, tea and dessert served at Intermission (which is included in the ticket price). The ladies trio will also sing popular songs from the 40s in the lobby during intermission.

Audience members who live outside HSV are welcome to attend the performances. Just show your theatre tickets to the gate attendant. Mark your calendars now!

Rehearsals are underway for the July production. For more information, including tickets and directions to the venue, go to the website hsvplayers.com.