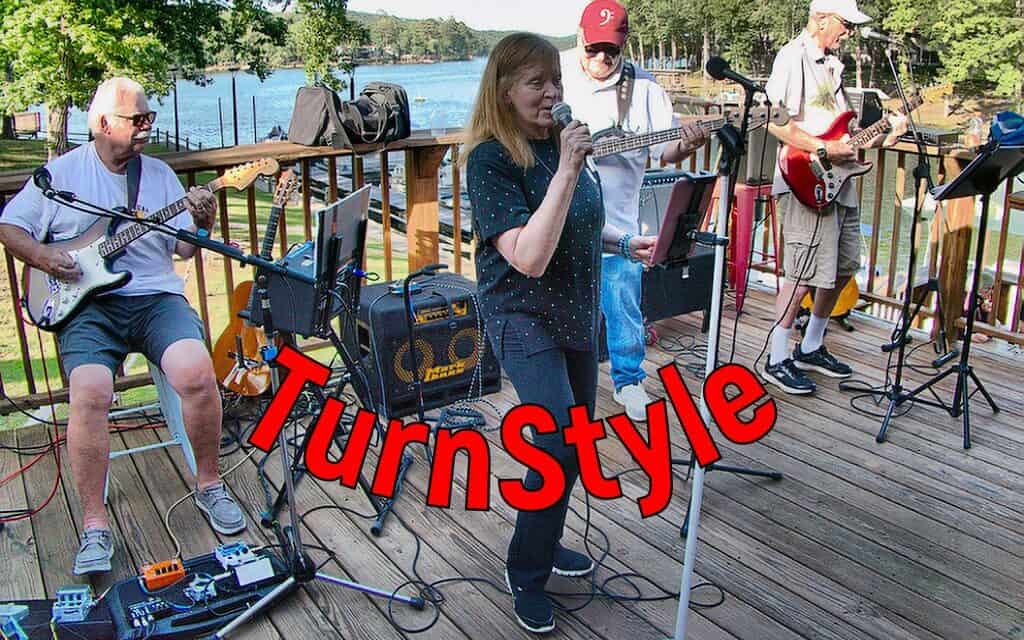 On Friday, June 3, 2022, Turnstyle performed at the Waypoint Cafe, located on Lake DeSoto in Hot Springs Village. It was a lovely, breezy evening on the Waypoint Deck as the waves lapped against the shore while the patrons enjoyed a hamburger or hot dog, and a delicious beverage while listening to the talents of the Turnstyle Band.

The band consists of Rich Swanson on rhythm guitar, Jay Powell playing Bass, Tom Pautz, as the lead guitarist, and mezzo-soprano, Robbie Deaton, belting out many of the tunes. Deaton is also a skilled alto and soprano.

The band previously performed at a Bee Bop Dance, after debuting at the Blue Elephant Grill, located at the Granada Golf Course in Hot Springs Village.

A special performance was enjoyed by all when HSV’s own Ziggy Ziegler and his girlfriend, Dixie Duck delighted us with their expressive dancing.

We hope to see more of this band in future performances. Thank you very much to the band, Waypoint Cafe, and HSVPOA Manager, Ginger Ladehoff, for hosting the event, and of course, we can’t forget Ziggy and Dixie for dazzling us with their dancing talents.

Tom grew up in the garage band era.  Since 1965 Tom studied, performed as a soloist in and variety of bands and genres, and composed, recorded, and taught guitar.   He served as the secretary for the Dallas Guitar Society.  He loves the diverse world of music and tries to share music as a way to bring people together.

Robbie has been a very fortunate entertainer. Her career highlights include touring the USA, Canada, and Australia. 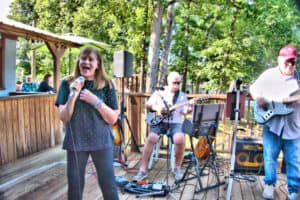 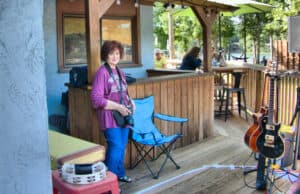 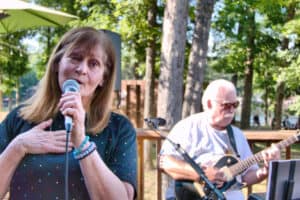 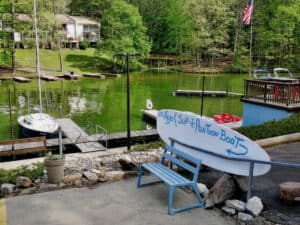 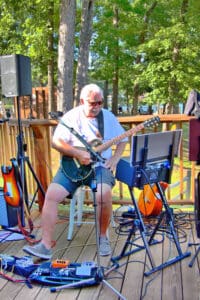 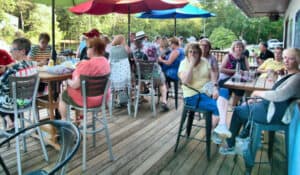 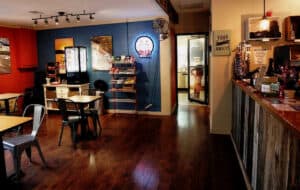 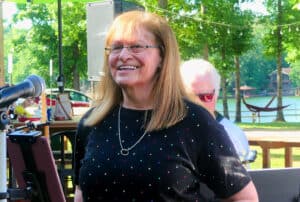 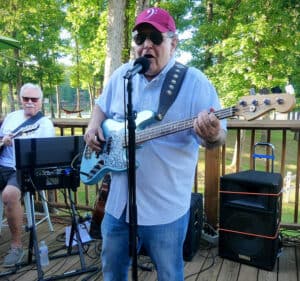 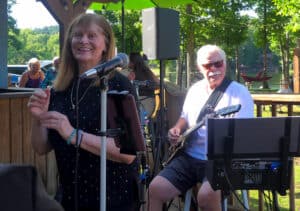 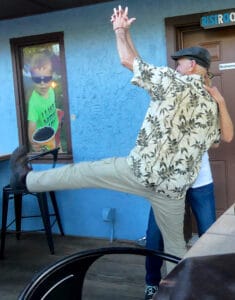 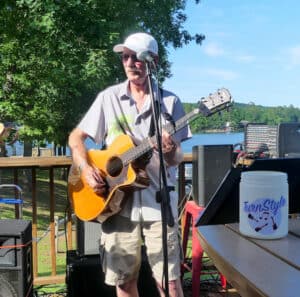 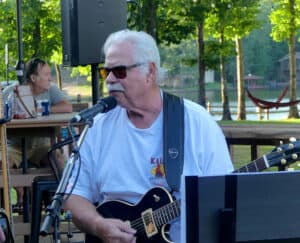 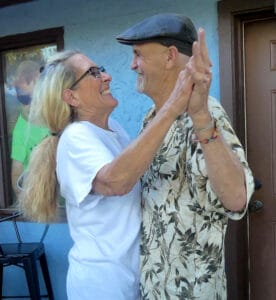 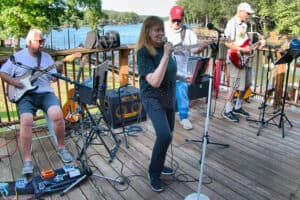 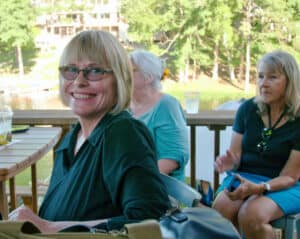