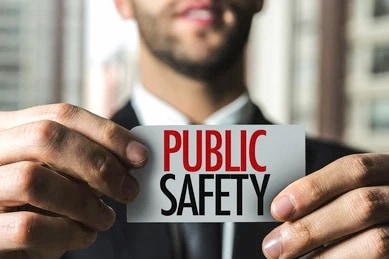 The Hot Springs Village Urban Deer Hunt Orientation did not go off without an incident, although this was no fault of the POA, Committee Members, or the Arkansas Bowhunters Association. The arrest happened because of good police work by the Hot Springs Village Police when an attendee was arrested on the charge of Harassing Communications. The arrest was made because of a previous incident that occurred on Monday, July 18. The name of the individual has been redacted for privacy reasons. Until proven guilty in a court of law, all individuals are considered innocent.

On Monday, July 18, 2022, the Hot Springs Village Police Department Dispatchers began receiving calls from the same phone number. The HSVPD has had numerous encounters with this individual who telephoned the police ten times, screaming at the dispatchers. HSV Police Sgt. Nickles responded to the home, but the individual would not answer the door. As the Sergeant drove away, the person came out on the front porch and began screaming, and cursing, while throwing a plastic bucket down the driveway and also throwing a metal object into the woods.

The person continued calling the police department nine more times. This made a total of nineteen (19) calls to the Police Department within a one-hour time period, with seemingly no legitimate purpose. Sgt. Nickles prepared an affidavit and warrant of arrest and was able to arrest the person at the Urban Deer Hunt Orientation. In his report, Sgt. Nickles said, “this appears to be a continuing recent problem.”

Arrest on Saturday, July 23 at the Urban Deer Hunt Orientation

On Saturday, July 23, 2022, Hot Springs Village Police Sgt. Kevin Chambers observed the person’s vehicle parked at the Ponce de Leon Center where the Urban Deer Hunt Orientation was in progress. In his report, Sgt. Chambers said that knowing there was a warrant out for the individual’s arrest, he contacted dispatch for verification. Entering the Ponce de Leon facility, the Sergeant asked the person to step outside so they could talk. The person complied and was subsequently arrested. The person was later transported to the Garland County Detention Center.

A special thank you to the Hot Springs Village Police Department for its patience and hard work in keeping the community safe!