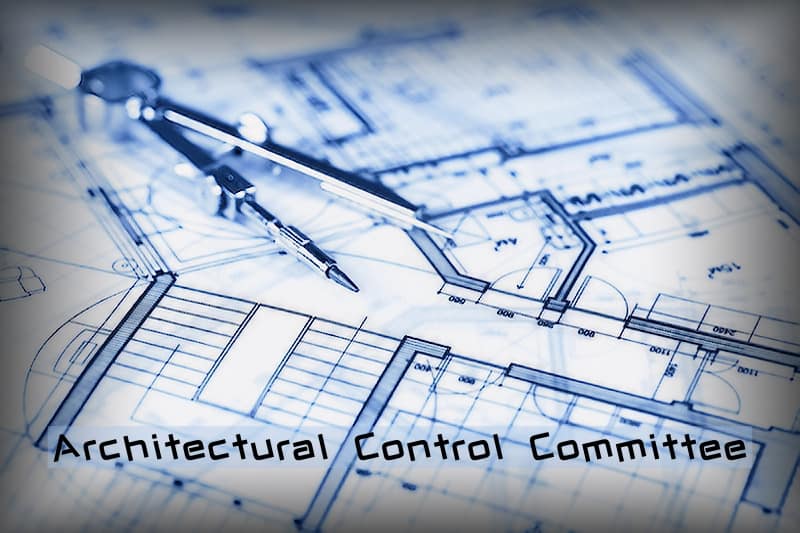 The Hot Springs Village POA Architectural Control Committee met on May 5, 2022. Before digging into the Agenda, the Chair allowed for two Property Owners desiring to present their cases to the Committee to speak first.  The first Property Owner addressed a nonapproved permit regarding the addition of a two-car garage. Below is what was said in last month’s report regarding the disapproval of this two-car garage permit.  To read the article where this excerpt was published on April 21, click here.

“Owner Disagrees with Decision Made by ACC“

“The property owner at 3 Adoracion Way addressed the ACC about a permit denied for aesthetic reasons at the April 7 ACC Meeting. The property owner wanted to build a stand-alone garage in the front yard. The committee said that the additional garage would block off what little you can see of the front of the house as it is now. In other words, the view from the road would be mostly garage sides and garage walls, instead of a view of the house.”

“The ACC agreed to drive by the property for a second look.”

At the May 5 meeting, the ACC still had a concern that the entry door could not be seen from the street and that the front of the house would be blocked with the addition of another two-car garage. After discussion, the permit was approved by a majority vote of four. The new plan must include the addition of windows on the side of the garage and an entry door in order to give the property more curb appeal and make it more aesthetically appealing.

A Property Owner wants to install an above-ground pool. Chair Rowe said, “The reason we tabled this the last time is that we had a rule that no above-ground pools were allowed. Charlie [Brown] and I threw it around and said, ‘what if it is concealed with decking or landscaping?'”

Rowe continued, “Is this something we would do a variance for?”

Board Director Omohundro asked if approval of above-ground- pools should be made on a case-by-case basis.

The ACC decided to approve this pool permit as long as it is screened.

Permits on the Agenda

10 Frontera Circle – Shed -This shed was constructed before the approval of the permit. While the ACC approved the permit at the May 5 meeting, the case is being turned over to the Compliance Department.

2 Tarifa Lane – Open Porch and Slab –This project involved adding on to the existing open porch and slab.

24 Campo Way – Deck – While the ACC approved this project at this meeting, the deck was already built before being permitted and this became a Compliance Department issue.

54 Reata Way – Boat Slip Extension – This project was approved at the meeting but was already completed before ACC approval, hence becoming a Compliance Department issue.

35 Bargus Way – Concrete Slab –  Slab to be poured under the existing deck was approved.

35 Tiburon Way – Deck – Replacing the existing deck with a larger one using the same materials except to install post cable steel handrails was approved.

6 Tiburon Way – Deck – The extension of a deck was approved.

13 Nieve Lane – Fence – The property owner has installed galvanized fence posts without permit approval and will need to paint the posts with a vinyl coating, as galvanized posts are not allowed. If after completion of the fence, upon inspection, the entire fence will need to be black vinyl coated. If not done properly the Property Owner could be required to remove the fence. The Property Owner will also be fined for starting work without the required permit.

17 Sanchez Point – Dock – The homeowner wants to tear down the existing single-slip dock and replace it with a double-slip dock.  This project was approved.

18 Promesa Place – Landscaping – The landscaping for a new house was approved.

1 Aventura Way – Fence – This fence was approved with the conditions that the rails and posts must be vinyl clad and that the height of the fence cannot exceed 5′.

19 Gozar Lane – Landscaping – Approved as long as the ACC receives confirmation of engineering certification for the proposed retaining wall.

68 Sierra Drive – Parking – This parking spot was completed before a permit was issued. The gravel parking spot is located in the front yard. Charlie Brown said, “All parking pads have to be approved.” Brown explained that approved parking pads should be located at the side of the driveway that does not block the front of the house.

Janet Rowe was reelected to fill the Chair position. The position of Vice-chair will be decided by an email vote.