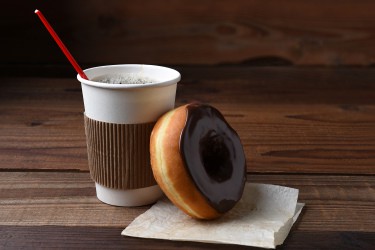 Chief Middleton said, “One of the services we have here in the Village is our ambulance service. We hope we never use them, but they are a great asset if we need them. I have Matt Scroggins who is the Operational Director for Hot Springs Village LifeNet here this morning.”

Thirty-six-year-old Scroggins said, “I am a young guy. Been here the last fifteen years.” Scroggins said he brings his core values to LifeNet. “We like to build a rapport with people,” explained Scroggins

It depends on the situation, but an important part of the LifeNet medics’ responsibility is comfort care. This means the medic tries to put the patients at ease and calm their fears.

If you call LifeNet but then decide you do not want to be transported to the hospital, as long as you are lucid and able to make the decision, you are not obligated to accept transport.

Once LifeNet has transported you to a hospital, they do not wait for you and bring you back home. The medics need to return to the Village as quickly as possible in order to be available in case someone else needs the service.

Scroggins said he can turn two or three calls in Hot Springs compared to only being able to do one call in the Village because of the distance to transport. “We get to treat people longer and take care of people. You actually get to do more as a paramedic in the Village. You have a lot more independence in the back of that truck because it is just you and your patient.”

The majority of the call volume is of a public assistance nature. This may involve lifting people who have fallen. There is no charge for this service.

The patient can request that lights and sirens are turned off before the ambulance arrives in their neighborhood.

On the Village utility bill, there is a bimonthly line item charge of $14.75 for ambulance service. This money pays to house a third ambulance in the Village. When you call 911, the closest unit that is available is sent to your location. This charge adds up to around $60,000 a month subsidy for LifeNet. The LifeNet employee wages, overtime, and paid benefits are over $100,000 a month.

There are not enough calls inside the Village gates to “keep the doors open” without the bimonthly subsidy of Hot Springs Village Residents. LifeNet also responds to calls in Jessieville, Fountainlake, Lonsdale, and other areas outside of the gates because:

As a non-profit company, if LifeNet makes a profit they are required to put that money back into the company in the form of supplies, raises, and equipment.

Where Are You Covered?

Additionally, if you have a guest at your home, they are covered by the service.

How Much Does it Cost to Use LifeNet?

LifeNet charges the insurance company and then writes off the rest of the bill. There is no out-of-pocket expense.

The Village has a lower call volume than some other areas. Scroggins said, “On average they run four to six calls for each truck in a 24-hour period. Sometimes less.”

Over half the Village LifeNet employees are 15-20 year plus veterans. “I have 15 years and I am about the middle of the ladder in experience. There are several medics out here that are within two or three years or less of retiring,” stated Scroggins. “The Village has some of the most experienced EMS crews in the state of Arkansas. An EMT career used to be seven years, but now it is about two or three due to stress and workload. It is outstanding that the Hot Springs Village LifeNet medics are so experienced.”

There are three paramedic-level ambulances inside the gates that are staffed 24 hours a day, 365 days a year.

LifeNet ambulances are stationed at the following locations:

Be Sure to Tell Dispatcher You are Located Inside Village Gates

Smart 911 is a service that provides detailed information to first responders. Once you’ve signed up for Smart911, first responders will be aware of the important information you have provided that will help Police, Fire, and EMS locate and help you in an emergency. To create a free Smart 911 profile click here.

A number of meeting attendees attested to the good service they received from LifeNet. One Villager said, “The service is unbelievable. I don’t know that you would find it anywhere else.”