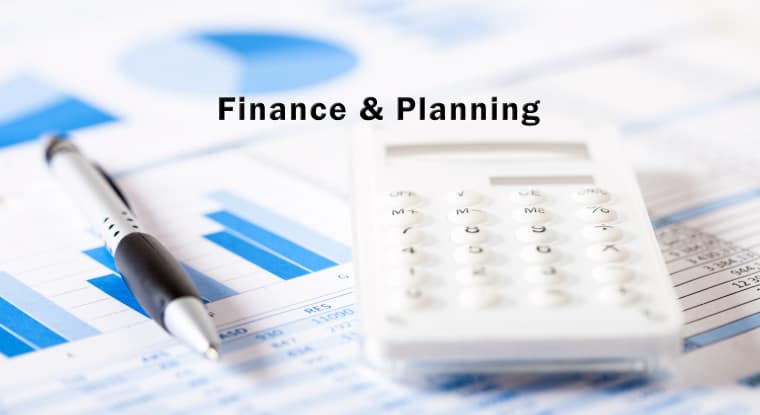 Siener said that he has been the F & P Committee Chairman for a year and that while he is willing to continue, he thought it was only fair to offer up the opportunity. If anybody else would like to take over the chairmanship of the committee, he would understand.

The committee has added one extra meeting to its May schedule in order to be able to review all of the OMTs in a timely manner. At the time of the release of this report, the scheduled May meeting dates are May 9, May 16, and May 23. Please watch the Village Digest for updated meeting information.

The main objective of the meeting was to begin the in-depth review of the Operations and Maintenance Tables (OMT). This review is used to provide feedback to the Controller and General Manager, to be useful in assisting in the finalization of the 2023 budget. The departments discussed were: Administration, Marketing and Tourism, Lakes, and Permitting and Compliance. The report below contains highlights of the meeting and is NOT all-inclusive of everything discussed.

Siener said most of the Administration OMT efforts have been focused on ’22 actuals and a little bit of projection for ’23. “To really get a clear picture of where we are going forward, we are really going to need all the ’23 to ’28 values filled in [on the OMT]. In order to do that and do it consistently, a lot of folks at the POA are going to have to have guidance on what kind of escalation assumptions they are going to use.”

Some of the escalation assumptions staff needs to use in developing the OMTs for future years are the inflation rate they should assume for contracting actions, fixed asset acquisition, salary rates, benefits, etc.

Siener said, “We need a consistent picture so that everybody’s wages escalate at the same rate.”

Siener said that in reviewing the Administration OMT, he is unsure how some of the numbers were derived.

Heau said there is a need for headcounts. “I’ve never seen actual headcounts. “In terms of drivers, you would think headcounts would be a primary driver for compensation.”

Heau said this is all a work in process.

Siener asked Russ if the POA would be better off virtualizing some of our day-to-day IT operations.

Russ said that the short answer is, “that has been considered. They haven’t done much in the way of investigating options or pricing. But it is on our radar.” Russ said he will have Will [Rainwater, Information Technology Manager] come and talk to the F & P Committee about some of these things.

The committee discussed the sale of POA lots.

General Manager Hale said the POA made a previous lot sale agreement with the real estate community. The real estate partners receive a 50% commission on the sale of POA lots. If Kevin Sexton, Director of Tourism and Community Affairs, sells a POA lot for $1,000, by the time the fees are paid to the county, we “walk away with $600 or $700,” explained Hale. If the sale of the same lot is sold through the Real Estate Partnership Program (REPP), they take 50%. Hale said he will be taking a closer look at this in the future, as time allows.

Hale continued, “The partnership with the realtors is very important.” The POA is in the process of “blocking in lots,” to build subdivisions instead of building one home here and one home there. Doing this is more efficient for the POA when installing the infrastructure and also works well for the builders. The concept of building a neighborhood instead of just one house at a time has been proven to be cost-effective for Home Builder, Brandon Tedder, across from Trademark Realty.

Review of the Marketing and Tourism Department OMT

The Discovery Center is now located in the Balboa Clubhouse, which saves expenses incurred from renting space.

Siener asked if the Balboa Clubhouse renovations that were targeted for the Marketing and Tourism Department’s use were complete. Hale said, “As far as he knows, it is all complete. Hale was approached about finishing one more room and he didn’t feel like this room brought any value at this time. Hale said that if in the future we need more office space, finishing this room might be an option.

In regards to advertising and marketing, Hale said, “everything is on the table. I have a meeting with my three teams this week to get closer to understanding what the three functionalities do. Karl [Russ] and I will do another round. Karl and I met with the Sells Group [POA outside marketing company] and they gave us a presentation on what they do.”

Hale said he is working on determining the return on investment for marketing/advertising dollars spent. Hale stated, “If I spend a dollar, show me where I got a $1.50 back, otherwise I am losing money.” Hale said if we are throwing good money after bad, then we need to change what we are doing because it just doesn’t do us any good to keep using an ineffective strategy. “It being new to me, I need to get really get deep in the weeds, make some recommendations, and then go from there.”

Hale explained that numbers can be manipulated to say whatever you want your statement to be. “I can spin it to win it..” He said people tell him, ‘Look how great we are doing with our marketing. Look at all the house sales we had.’ “You were flatlined at [new rooftops being built a year] and now you did 130. Is that because you changed up your marketing strategy?” Was this increase in rooftops being built because more money was spent on marketing or was it a result of COVID? Hale said that’s called the tag-a-long effect.”

Hale shared that currently, people are fleeing to safety behind the gates. Also, the stock market went through the roof. This made people wealthy so they could retire and leave the job market five or seven years earlier than planned. “Those are all true variables, that I can talk about all day long. But you have to be careful if you are going to hang your hat. “Don’t break your arm, patting yourself on the back. I can sit here and give you three or four examples, specifically about why [increased property sales in the Village] occurred.”

Siener mentioned that most of the fixed asset entries in the Lakes O and M Table were related to fishing piers, boardwalks, rip rap, and things like that. He said when FRATF looked at this last year, the basic ground rule was ‘nothing new until we can afford to keep up what we got.’ Siener questioned whether these were new items or the repair or refurbishment of existing items. “Most of the items, perhaps not all of them, feel like new items. If they are new items, then the earliest they can possibly be considered is ’25 because that is the place [time] when you are finally going to get your revenue above your cost line and maybe would consider making those investments.”

Siener said that the model for the lake dredging that went into the original O and M Table was that we drop lake levels down so that folks that live on lakes can maintain their seawalls and docks. The plan was that every time we draw a lake level down, we would bring in a dredging crew. “This caused a continuous cost outlay since we are working on one or two lakes every year.” FRATF recommended that the lake dredging become a data-driven project. In other words, the lakes should be evaluated as to whether the dredging is actually necessary instead of doing an automatic rotation. Siener feels if a data-driven program is used, we will probably not be dredging the lake every time the lake level is drawn down. You will be dredging when the lake actually silts into the point that it is worth the investment to do that. “There may be coves that silt in faster than average.” To deal with the faster-silting coves, some structures can be created upstream in the incoming water flow to trap a certain amount of silt before it makes its way down the lake. “That is a lot more cost-effective solution than bringing in the dredging crew.”

Review of the Permitting and Compliance Department OMT

Siener said he is trying to understand how the figures for new home permits, additions, inspections, and fines are determined.

What is the plan for the gates? Siener said, “We have a lot of unmanned gates and a lot of that equipment is aged and starting to have maintenance issues. We also have on the staffed gates a plan to put an automatic gate on one of the lanes on the eastside entrance…What is the plan for physical security access going forward for the unmanned gates and are we looking at putting in pass control gates – ID card controlled gates instead of having staff out there all the time?…”

Siener said he is looking to see if there are “things we can do that will allow reasonable traffic flow into the Village and permit us to still maintain the level of physical security people have become accustomed to and potentially put us in a situation where we spent less money because the gate contractor has to have less human resources out there to provide us the same kind of security.”

Lofgren asked when the gate contract expires. Russ will obtain that information.

Lofgren said, “The only reason I bring it up is like the ambulance contractor, golf cart lease or whatever, there is a timeframe out there when you have to start thinking about the renegotiation or whatever the case may be and just having that in our crosscheck as we go through these tables on anything that has a contractual arrangement – there is probably a term limit to it or be relooked at or whatever. Those things, I think, are important for us because they are transitions where we can potentially create savings or we may have to incur more costs because we have to maintain that service…”