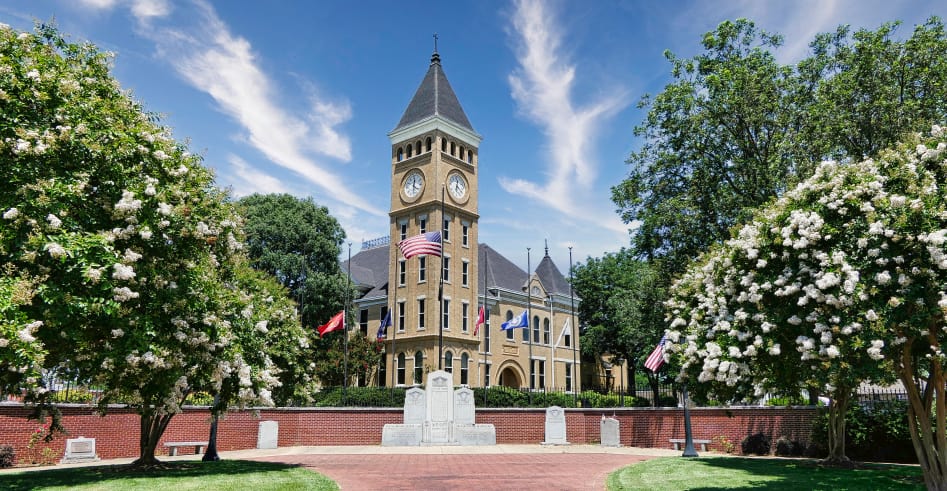 On July 1, 2022, at the GAC meeting, there was a special presentation on the history of the committee. Bob Shoemaker and Jim Zahnd spoke about the history and GAC Chair, Bob Pettey explained the current path and the committee’s role in the future. The committee has had an important role in forging relationships with leaders outside of the gates and this needs to continue.

Shoemaker thanked Chair Pettey for “reorienting” the GAC and making sure the committee is “on the track that is best for Hot Springs Village”.

In 1999, Bob Shoemaker said he and Tom Arwood were both on the Ad Hoc Strategic Planning Committee. “In my mind, the most important thing [that came out of the committee] was the recommendation that there be created a Governmental Affairs Committee.” In 2000, Shoemaker was one of the initial members of the GAC and chaired the committee before he was elected to the Board.

The GAC was tasked with finding a “better grasp of public sector events that can impact Hot Springs Village at the federal, state, county, and municipal levels. In the process, we need to build coalitions for public sector officials and private citizens who are involved in public sector activities and do prior work for live contact and access with public officials.”

Initially, the GAC reached out to two prominent Villagers, Pat Rhodes, a Justice of the Peace. The other was a state senator. These two helped the committee “get on track”. The committee was then able to connect with Saline County Judge, Lanny Fite. This led to Shoemaker serving as an ex officio member of the Central Region Metroplanning group, resulting in the Saline County Quorum Court holding a session in 2022 in the Village.

The committee recruited GAC members who they felt would help them with outreach to outside leaders who might be able to help with certain Village concerns. Committee members were assigned to develop relationships with specific people such as the state representatives and state senators, J.Ps, school superintendents, etc.

The committee also wrote white papers to help the leadership outside the Village understand the position of the Village on certain subjects.

There was an annual legislative outing to Little Rock in February of each year where they met with the state representatives in their offices.

Shoemaker said, “Probably the most significant thing we have used and done is the economic impact studies. This gave the GAC a tool to help develop relationships with outside leaders. The studies gave them important information they could share with outside leaders about the significance of HSV’s impact outside of the gates.

Zahnd said he moved to the Village in ’06 from Des Moines. There are probably broader issues today than when the committee began. “Much of what we were doing in the early days was simply saying, ‘here we are; Here is who we are.’”

Zahnd said the GAC is a representative of the POA Board and is not responsible to figure out what the issues are or what needs to be achieved. The committee is advisory to the Board, not the POA administration.

An important function of the committee is to develop working relationships with outside leaders.

In 2015 when a tornado came through the Village with damages of 1.3 MM. The Village did not have the money for cleanup, so led by Tom Arwood, they worked at the county and state levels to put in place a plan that “passed the muster of FEMA and still exists today. Should that occurrence happen today, we can [obtain] relief from FEMA on storm cleanup.”

The GAC was also instrumental in the establishment of an early voting center for the area.

Pettey said we have heard from Mr. Shoemaker and Mr. Zahnd how the GAC works on relationships with leaders outside the gates. Pettey said, “I think there are four different beats that we need to cover.”

Chair Pettey said he wants to have a coordinator for each beat who can work to identify the people the GAC needs to develop relationships with.

The committee is here to advise and assist. “There has been a feeling for a long time that the Board wasn’t asking us to do anything. That has changed. We’ve got new personnel at the POA headquarters and I think it is a change for the better. We are going to get direction from what they need.”

Recently, the POA committee staff liaisons, Board of Directors, and General Manager, Kelly Hale, met with all the committee chairs and co-chairs. Hale explained at the GAC meeting how he wants to work with all the committees in the future by pinpointing objectives for each of them. Hale feels that currently, the committees are like boats adrift at sea and that they need more input from the POA in order to be effective. Click here to read, “HSVPOA GM, KELLY HALE, CLARIFIES COMMITTEE ROLES”.

A Brief History Of The Governmental Affairs Committee 2000-2017 by Jerry L. Yeric