These hard-working teenagers have a goal to finance a trip to the FCCLA National Leadership Conference this summer. They will be flying to San Diego where the students will attend many meetings but will also be able to carve out some leisure time to visit the San Diego Zoo and a few museums.

FCCLA stands for Family, Career, and Community Leaders of America. (FCCLA) is a national Career and Technical Student Organization (CTSO) for students in Family and Consumer Sciences (FCS) education in public and private schools through grade 12.

The students, along with their sponsor, teacher Shelia Churchill, washed a lot of cars, earning $1,131 of the $5,000 needed for their San Diego trip. Ms. Churchill is a FACS (Family and Consumer Science) teacher at Jessieville High School and will accompany the students to the San Diego conference.

Come on out to the HSV Green Market to Help Support the Jessieville FCCLA students!

In a continuation of its fundraising efforts, the group also has a table at the HSV Green Market where they are selling delicious homemade baked goods. The Green Market is located at 1105 DeSoto Boulevard at Grove Park in Hot Springs Village.

Rebekah George is a Senior at Jessieville Highschool. She has served as FCCLA’s local Vice President of Public Relations; District 6 Vice President of Parliamentary Law; Arkansas State 1st Vice President, and was a top 20 National Officer Candidate. She has participated in FCCLA Star Events in the categories of National Programs in Actions and Job Interview. Bekah was awarded the Gold Award at both district and state levels. Rebekah is Jessieville HS Senior class president and cheer captain. She plans to attend Hillsdale College in Michigan, majoring in American Studies/Politics. She hopes to become a child advocate lawyer and future President of the USA!

Megan Brown is a Junior at Jessieville Highschool. She has previously served as FCCLA School Chapter President and District 6 Vice President of Membership. She is the FCCLA State Vice President of Membership for the 2022-23 school year. She has participated in FCCLA Star Events – being awarded Gold in National Programs in Action and Interior Design – which qualified for nationals. Megan is very active in other school activities such as Cheerleading, Band (was All-Region 1st band- 1st chair flute), Student Council, Beta Club, and more. Also is on the All-A Honor Roll.

Ethan Lewis is an 8th grader at Jessieville Middle school. He served as the FCCLA School Chapter President for the 21-22 school year. He received the Gold award at the State Star Event in the Re-purpose and Redesign category, qualifying for Nationals. Ethan is on the A/B Honor Roll; Football, Basketball, and track teams and plays the Alto Saxophone.

Emanuel Pricop is an 8th grader at Jessieville Middle School. He served as FCCLA school Chapter Vice President for the 2021-2022 school year. Emanuel received a Gold award at the State Star Event in Re-purpose and Redesign category, qualifying for Nationals. He is on the A/B Honor Roll, Basketball and Track teams. 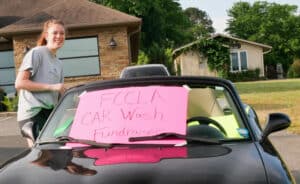 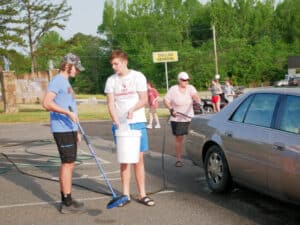 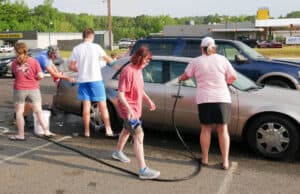 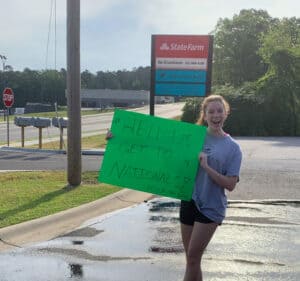