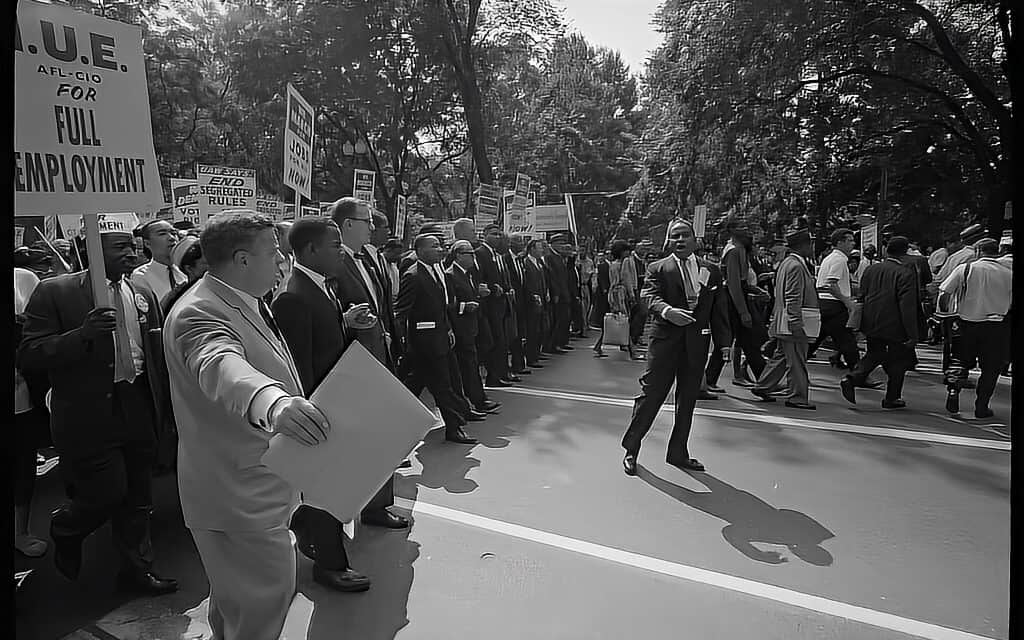 This Sunday, January 15, marks what would have been the 94th birthday of Dr. Martin Luther King, Jr., a man whose life was prematurely and tragically ended at age thirty-nine. However, his was a life not short on its impact on American culture. His challenges to the status quo in human rights, while controversial, advanced truths and principles central to Judeo-Christian moral precepts and core to the American ideal of individual freedom and liberty under law.

Michael King, Jr. was born and raised in Atlanta, GA. Ordained as a minister in 1947; he served his first pastorate beginning in 1954 while working on his Ph. D., which he received in 1955. That same year he began his civil rights activism when he led the Montgomery Bus Boycott, inspired by Rosa Parks. He stated, “First and foremost, we are American citizens…We are not here advocating violence…The only weapon that we have…is the weapon of protest…The great glory of American democracy is the right to protest for right.”

One of the most telling events showing Martin Luther King’s authenticity came on a cold winter night in 1956 in Montgomery, Alabama. King had left his wife and baby at home to attend a meeting at a nearby church. As the meeting was ending, someone rushed in to tell King that his house had been bombed. He hurried home to find that the bomb had exploded on his front porch. He pushed his way through a crowd of people to get to his family, who he found to be safe and uninjured. Gathering outside, however, was a growing angry crowd seeking revenge against the perpetrators. Some in the crowd were carrying broken bottles and guns and they hurled insults at the police. Things were about to escalate out of control when King stepped out onto the porch, upon which the crowd became silent. In a calm voice, King told them that his family was okay. He also told them, “I want you to go home and put down your weapons,” and that violence would not solve their problems but only harm their cause. He reminded them of the teachings of the Bible: “We must meet hate with love.” King then heard an “Amen” and a “God bless you.” Then…a crowd that just a moment earlier was on the verge of violence began to disperse and depart.

In all of Martin Luther King’s speeches and writings, I think his most substantive narrative came through his “Letter from Birmingham Jail” in April 1963. King was arrested for leading a series of non-violent protests against segregated lunch counters and discriminatory hiring practices in Birmingham, AL. While in jail, he received a letter from eight ministers stating that, while they agreed with his goals, they disagreed with his approach of leading in the demonstrations and challenging the law. Dr. King believed that peaceful civil disobedience was justified if that was what was necessary to bring the issue and debate to the Public Square and political forum. In his words, “…. [this] is in reality expressing the highest respect for law.”

Dr. King’s conviction was rooted in the belief that there are two kinds of laws: just laws and unjust laws. A person has not only a legal but a moral responsibility to obey just laws, but conversely, one has a moral responsibility to challenge unjust laws and work to get them changed or abolished. On what basis is a law just or unjust? King stated that “A just law is a man-made code that squares with the moral law or the law of God, and an unjust law is a code that is out of harmony with the moral law.” In quoting St. Augustine, King wrote, “An unjust law is no law at all,” and in quoting St. Thomas Aquinas, “An unjust law is a human law that is not rooted in eternal law and natural law.” He further stated, “Injustice anywhere is a threat to justice everywhere.”

King understood and confronted the great questions of his time, our time, and for all time in America and everywhere: Is law rooted in truth? Does law originate from an eternal and enduring moral authority? Is law transcendent, immutable, and morally binding? Or, is law a subjective and vacillating human construct or tool to be fabricated and used for political expediency and social engineering to serve the self-interest of those in power at the expense of those whom they are elected to serve? The answers we choose will determine the future of ordered liberty in America because whether America is a nation of laws or a nation of men is at the heart of our current crises on most all fronts.

Perhaps Martin Luther King Jr.’s greatest legacy was to bring these questions and answers to the forefront of America’s social and political discourse. While the holiday celebrating his life comes just once a year, what it reminds us of is needed 365 days a year. May we never forget America’s foundational premise of truth and justice rooted in the transcendent law of God, and that it is His design and will that we live in harmony with the moral law as He established it and brought it to fruition.