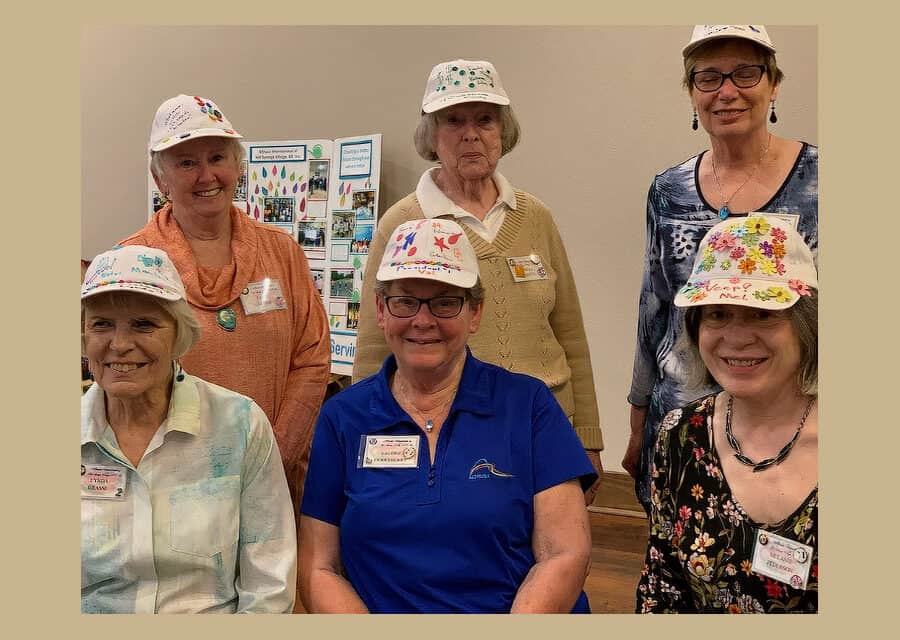 Altrusa International of Hot Springs Village has a new pitcher, catcher, first, second and third basemen and a shortstop, along with lots of pinch hitters. The 2022-23 season is shaping up to be another record-setter for the club.

No, the service organization isn’t launching its own baseball team this year, even though it has a strong bench that will work and play hard.

New officers were installed at the organization’s May meeting, using a baseball theme, and they played along, donning their caps as the lineup was called out.

The team has big plans for the coming year, building on last year’s team efforts and planning a few home runs on their own.

Some of the ongoing projects of Altrusa HSV include the 4.0 Student Recognition and Scholarship Program recognizing outstanding academic students at community high schools and awarding scholarships, Comfort
Kits containing clothing and toiletries delivered to area hospitals to help victims of sexual assault and scholarships for non-traditional nursing students at National Park College. The organization also sponsors career days at Jessieville and Mountain Pine schools, provides “wish list” items for teachers at Mountain Pine Elementary School, and replenishes Reading Boxes with books and magazines at community shelters and alternative education centers. The organization provides volunteer support for the Loan Closet, the Arkansas Symphony’s Children’s Concert, and the Anglers Club Military Fishing Day. The club conducts a variety of fund-raising projects to support these endeavors.