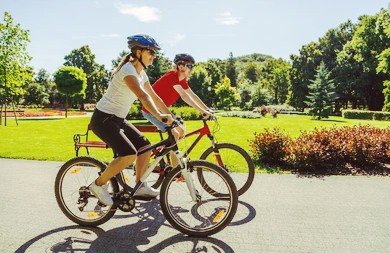 On July 21, 2022, at the Architectural Control Committee meeting (ACC), Saline County Quorum Court Judge, Keith Keck, presented a draft of recommended city codes for smaller cities, developed by the Central Region Metroplan. Keck asked the ACC to take a look and see if there was anything in the proposed plan that the POA could use.

Central Region Metroplan (CRM) has taken a look at how to help the smaller Arkansas communities with some of their challenges. Because of the lack of staff in these lesser populated communities, CRM has developed a prototype of recommended city code which is a planning code blueprint for the smaller communities, where in the past, “anything goes”. Keck said that the Village has most of the Central Region Metroplan planning codes in place already, but there are a few items the POA may want to take a look at.

Keck explained that a couple of the items Metroplan addresses in the new code document are short-term rentals and subdivisions.

The JP said that we had the 111-page Comprehensive Master Plan (CMP) and that you will see a lot of the same type of code in this document. Click here to read an article I wrote about the CMP in 2019. (I think Keck is referring to the 119-page protective covenenants which a previous CEO (same position as General Manager is today) adopted in order to implement the $.5 MM Hot Springs Village Comprehensive Master Plan.) The two documents went hand-in-hand and the CMP could not be implemented without the 119-page Protective Covenants (or similar protective covenants).

There is a section in the document regarding town centers and the committee should disregard that portion of the document, stated Keck.

General Manager, Kelly Hale, said the POA is currently looking at the rules. “I can’t live in a world without structure,” said Hale. Hale explained that he and the Board are working on ideas for structure in the community. He said there is a lot of confusion and cleaning up of the rules needs to happen. “We have to protect property values in the Village,” explained Hale.

Keck left the draft of the Central Region Metroplan code with the Architectural Control Committee, stating, “it is just something to look at and pick out the areas where we need help.”

ACC Chair, Janet Rowe, said she would look at the document and then pass it around to the other committee members. When the document is finalized, Central Region Metroplan will publish it on the internet.