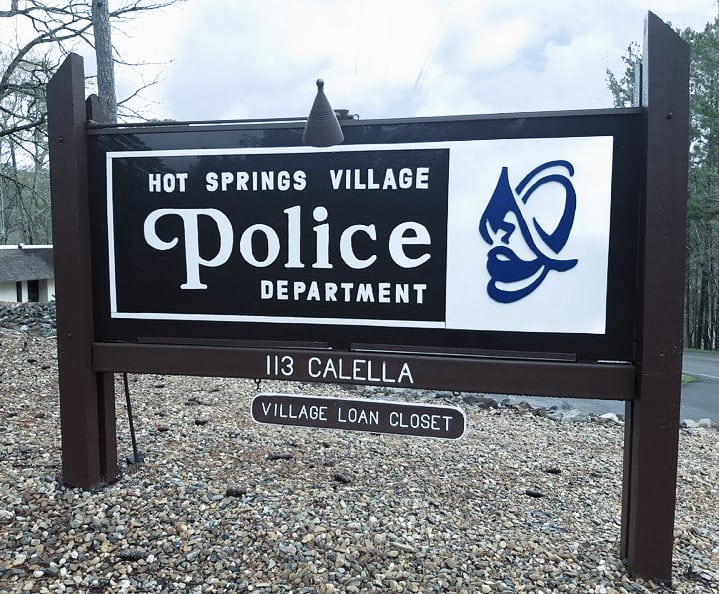 May is a month full of special days – proms, high school and college graduations, Mother’s Day, and Memorial Day. Also, for many families May is decoration month when visiting interment sites of loved ones has been a long-standing tradition. However, May is also the month in which a perhaps lesser-known day is set aside for a very special observance and one which I believe is every bit as important as Memorial Day: National Peace Officers Memorial Day.

Sixty years ago this fall, on October 1, 1962, President John F. Kennedy signed Public Law 87-726, a joint resolution of the 87th Congress, designating May 15 as Peace Officers Memorial Day and the week in which that date falls as National Police Week (May 11-17 this year). The resolution reads in part: “…Whereas these officers have safeguarded the lives and property of their fellow Americans: and Whereas by the enforcement of our laws, these same officers have given our country internal freedom from fear of the violence and civil disorder that is presently affecting other nations: Whereas these men and women by their patriotic service and their dedicated efforts have earned the gratitude of the republic: Now, therefore, be it resolved by the Senate and the House of Representatives of the United States of America in Congress assembled, that the President is authorized and requested to issue proclamations designating May 15 of each year as Peace Officers Memorial Day in honor of the Federal, State, and municipal officers who have been killed or disabled in the line of duty.” This law was amended by Congress as part of the Violent Crime Control and Law Enforcement Act of 1994. President Bill Clinton signed Public Law 103-322, a joint resolution of the 103rd Congress, which directs that the flag of the United States on all Government buildings be displayed at half-staff each year on May 15.

This year marks forty years since the first Peace Officers Memorial Day service. Then, it was held in Senate Park on the nation’s Capitol Complex with a gathering of approximately 120 survivors and supporters of law enforcement. On October 15, 1991, The National Law Enforcement Officers Memorial in Washington, DC was dedicated to permanently record and commemorate federal, tribal, state, and local law enforcement officers who have made the ultimate sacrifice for the safety and protection of our nation and its people. The memorial records those who died in the line of duty, dating back to the first known death in 1786. It is updated each spring in conjunction with National Police Week, which has since grown into a series of events that annually attracts tens of thousands of survivors and law enforcement officers to our Nation’s Capitol. To date, there have been 22,611 names placed on the Memorial which is visited by nearly a quarter-million people annually.

In recent years, many of our finest in law enforcement nationwide have experienced a sharp increase in shootings and deaths among their ranks, placing them and their families in more danger than ever before. This is despicable and in some cases implicitly endorsed and even encouraged by some who desire a disintegration of order in our society and a dismantling of our fundamental civil and social institutions. Law enforcement and the criminal justice system alone cannot solve it, and shouldn’t be expected to. In the words of author Russell Kirk: “If you want to have order in the commonwealth, you first have to have order in the individual soul.” At its core, this is a culture war – a war in which we all must engage at the grassroots level for the preservation of ordered liberty in our communities and throughout America. We cannot be AWOL if we expect to win.

National Police Week and Peace Officers Memorial Day offer each of us a reminder of this and a special opportunity to extend a personal heartfelt “thank you” to our local law enforcement officers for not only laying their lives on the line for the cause of order, justice, and freedom but in augmenting this core mission by the more subtle and often unrecognized public service aspects of their presence in our community. I think it is also important that we remind them of this throughout the year and how much they and their families will abide in our prayers. Lest we forget, the strongest bastion of America’s freedom is rooted in the strength and bonds of families, churches, and other institutions within the civil/social order of local communities. The protection and preservation of these depend foremost upon the men and women who serve proudly and courageously, in and out of uniform 24-7. And, it must be said that their success and safety are in turn dependent to a great extent on the support each one of them receives from those who they’ve taken an oath to serve and protect: you and me!