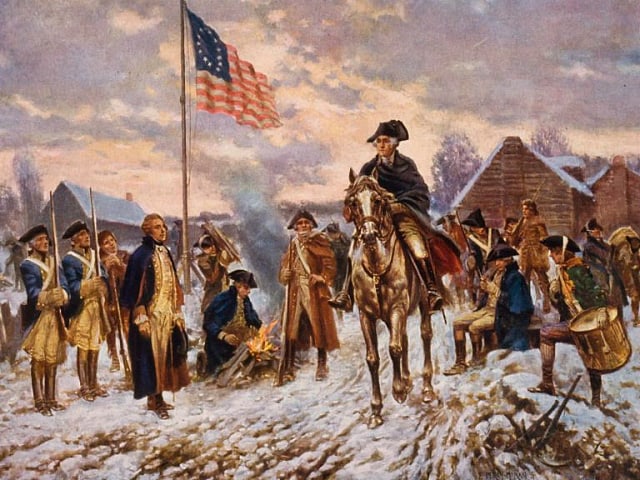 American poet Edgar A. Guest wrote in his poem “Courage” “Courage isn’t a brilliant dash A daring deed in a moment’s flash; It isn’t an instantaneous thing Born of despair with a sudden spring… But it is something deep in the soul of man That is working always to serve some plan…” Perhaps so, for if that plan were to include preserving a free people, a great nation, then it has proven to be a very successful plan, but indeed a costly one.

America’s military history is replete with accounts of courage, heroism, and sacrifice. Many of these have been acknowledged through the awarding of special citations and medals. Included among these is one very near and dear to me and probably to some of you as well – the Purple Heart.

About fourteen years ago, I learned of an institution dedicated solely to recognizing and honoring those who have earned the Purple Heart. This especially caught my attention because my father earned a Purple Heart for severe wounds he suffered in June 1944 on Biak Island in the southwest Pacific Theater of World War II. I promptly looked up the National Purple Heart Hall of Honor (located in New Windsor, NY). The mission of this special organization is to collect and preserve the stories of Purple Heart recipients from all branches of service and across generations to ensure that all recipients are represented. It is also home to a national registry of Purple Heart recipients. I subsequently and proudly submitted the name and credentials of U.S. Army PFC Wayne Ray Olson (1911-1974), and he became a part of that distinct roll of honor.

The Purple Heart is America’s oldest military decoration and was established by George Washington 240 years ago. On August 7, 1782, his general orders established the Badge of Military Merit: “…The General ever desirous to cherish virtuous ambition in his soldiers, as well as to foster and encourage every species of Military merit directs whenever any singularly meritorious action is performed, the author of it shall be permitted to wear on his facings, over his left breast, the figure of a heart in purple cloth or silk edged with narrow lace or binding. Not only instances of unusual gallantry but also of extraordinary fidelity and essential service in any way shall meet with due reward.” The order also included the phrase: “Let it be known that he who wears the Military Order of the Purple Heart has given of his blood in the defense of his homeland and shall forever be revered by his fellow countrymen.”

The Badge of Military Merit was awarded to three Revolutionary War soldiers in 1783 – Elijah Churchill, William Brown, and Daniel Bissell Jr. While Washington intended and stated that the award was to be a permanent one, the Badge was all but forgotten until the 20th century.

General John J. Pershing suggested a need for an award for merit in 1918, but it was Army Chief of Staff General Charles Pelot Summerall who in October 1927 directed that a draft bill be sent to Congress “to revive the Badge of Military Merit”. The bill was withdrawn and action on the case ceased shortly thereafter. In January 1931, General Douglas MacArthur reopened work on a new design, involving the Washington Commission of Fine Arts. Miss Elizabeth Will, an Army heraldic specialist in the Office of the Quartermaster General, was selected to redesign the newly revived medal which became known as the Purple Heart. Using general specifications provided to her, Will created the design sketch for the present medal of the Purple Heart. The medal has a bronze heart bearing Washington’s silhouette in its purple center and the Washington coat-of-arms at the top.

Why George Washington chose purple for the Badge, no one knows for sure. For centuries purple had been the color of royalty, and we do know that in Washington’s eyes the common soldier who sacrificed for his country deserved as much respect as a king. In his order creating the decoration, he wrote, “The road to glory in a patriot army and a free country is thus open to all.”

The Purple Heart has undergone many changes with respect to the criteria for being awarded. In 1942, by Executive Order, President Franklin Roosevelt expanded the award of the Purple Heart to include all branches of military service and approved a posthumous award for any military service member killed in combat on or after December 6, 1941. In subsequent Executive Orders between 1952 and 2015, U.S. Presidents authorized Purple Heart awards to include any member of U.S. Military forces wounded, killed, or who died of wounds while serving under competent military authority in any capacity, retroactive to April 5, 1917. These included POWs who were wounded and/or died in captivity after December 7, 1941.

Although the exact number of recipients of the Purple Hearts awarded is unknown, it is estimated to be over 1.8 million. Of these, 1.3 million have been awarded since World War II. I am very proud that this important part of my father’s legacy is now enshrined in the National Purple Heart Hall of Honor (www.thepurpleheart.com). I count myself most fortunate to be the steward of his Purple Heart which I have always treasured and am proud this honor will be bequeathed to his grandson Erik and eventually to his great-grandson Drake.

In remembering those recipients of the Purple Heart, let us not forget that in some cases the aftermath of their wounds extended well beyond war. The war may have been won, but victory over the ensuing external and internal battles is never assured and is often fleeting for the remainder of their lives. Through these hard times, their families also become casualties of war. My family experienced this for years, as my father’s war wounds resulted in his complete disability with post-war battles continuing and contributing to his early, untimely death. Many veterans and their families in our country live such a life. A noted and proven organization that supports and serves exclusively combat veterans/Purple Heart recipients is the Military Order Of The Purple Heart (www.purpleheart.org).

Perhaps there are other deserving patriots who as of yet have not had their names submitted to be honored through the National Purple Heart Hall of Honor or other avenues of recognition. I believe that such an undertaking is essential to commemorate and convey the measure and scope of their sacrifice, honor the spirit of America’s fighting men and women, and perpetuate their legacy – a legacy of freedom that each of us has a responsibility in preserving. In the words of General Douglas MacArthur (1880-1964), “No man is entitled to the blessings of freedom unless he be vigilant in its preservation.”

As we wake up to a new day in the land of the free and the home of the brave on this Sunday, August 7, National Purple Heart Day, shall we count those 1.8 million Purple Heart recipients worthy enough for setting some time aside to reflect on their service and sacrifice… and to show our gratitude and respect through a resolve to be the kind of Americans worthy of their sacrifice – the kind of Americans who will fight the battles necessary to preserve what they fought and died for.