On Father’s Day and Fathers 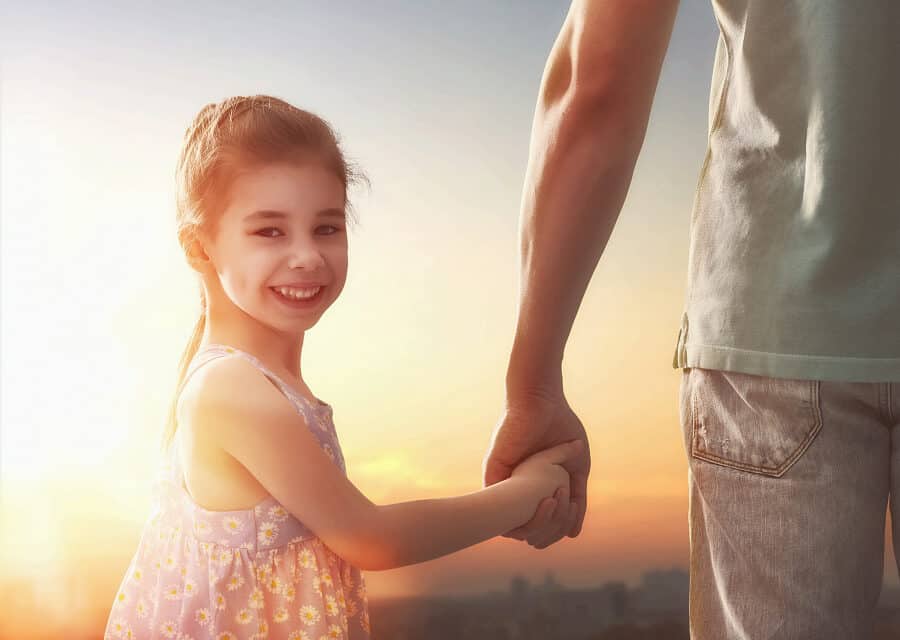 REFLECTIONS FROM HISTORY AND FAITH BY JEFF OLSON, June 17, 2022

The journey of Father’s Day in America to its rightful place as a national observance was a  lengthy one, much more so than that for Mother’s Day. The reasons for this are varied but most have to do with the culture of early America. Typically for fathers of the time, the idea of a Father’s Day was too effeminate to their liking and lacked the sentimental appeal of Mother’s Day. As one historian wrote: [men]”scoffed at the holiday’s sentimental attempts to domesticate manliness with flowers and gift-giving, or they derided the proliferation of such holidays as a commercial gimmick to sell more products—often paid for by the father himself.” However, a few crusaders for such an observance were not to be denied and never gave up.

The first known Father’s Day service occurred in Fairmont, West Virginia on July 5, 1908, after the worst (coal) mining accident in U.S. history, killing 362 men, 250 of them fathers. Grace Golden Clayton proposed a service to honor all fathers, especially those who had died in this tragic incident. Though this father’s recognition did not become an annual event, it did later inform and inspire subsequent efforts toward making Father’s Day a national observance.

One father in particular, William Jackson Smart, an Arkansas veteran of the Civil War, raised five children on his own after his wife died giving birth to their sixth child in 1898. His daughter, Sonora Smart Dodd of Spokane, Washington, wanted to honor her father for his devotion. Dodd drew up a petition recommending the adoption of a national father’s day to be celebrated during June, the month of her father’s birthday. Through Dodd’s efforts, the support of the Spokane Ministerial Association, and the local Young Men’s Christian Association (YMCA), Spokane celebrated its first Father’s Day on June 19, 1910. During the following years, many resolutions were introduced to make the day an official national celebration. In 1924, President Calvin Coolidge recommended the widespread observance of Father’s Day to “establish more intimate relations between fathers and their children and to impress upon fathers the full measure of their obligations.” In 1966, President Lyndon Johnson issued the first presidential proclamation honoring fathers, but it wasn’t until fifty years ago in 1972 when President Richard Nixon signed Father’s Day into an official national observance on the third Sunday in June.

It was about time! The vital role of fathers has been extolled throughout history in virtually every religion and culture. It was abundantly clear to our Founding Fathers that families with both mothers and fathers were critical to the well-being of children and our nation. In John Adam’s words, “The foundation of national morality must be laid in private families… How is it possible that Children can have any just Sense of the sacred Obligations of Morality or Religion if, from their earliest Infancy, they learn their Mothers live in habitual Infidelity to their fathers, and their fathers in as constant Infidelity to their Mothers?” His wife Abigail wrote, “What is it that affectionate parents require of their Children; for all their care, anxiety, and toil on their accounts? Only that they would be wise and virtuous, Benevolent and kind.” James Wilson stated, “It is the duty of parents to maintain their children decently, and according to their circumstances; to protect them according to the dictates of prudence; and to educate them according to the suggestions of a judicious and zealous regard for their usefulness, their respectability, and happiness.”

According to Dr. Edwin Cole (1922-2002), “the lack of effective, functioning fathers is the root cause of America’s social, economic and spiritual crises.” Writer and editor Mark Alexander states, “The failure of fatherhood is more than just a social problem; it is a menacing national security threat. The collective social pathology of the fatherless has dire consequences for the future of Liberty, free enterprise, and the survival of our republican form of government as outlined by our Constitution.”

Most fundamental and important, we are commanded by God through the Holy Scripture to honor our fathers and mothers (Exodus 20:12, Ephesians 6:2), and not just two days out of each year. This we do, not only through love and respect but in continuing the moral and virtuous qualities of their legacies through the lives we lead.  Fatherhood, like motherhood, best serves God’s design and purpose and finds its most complete and enduring expression within the marriage covenant.

By God’s design, children get their first impression of who God is and what he is like through their father. Christian fathers are followers of Christ and walk in his footsteps. A Christian father loves his children, which finds its first and most lasting expression in his love for their mother. He provides for their needs. He sustains them through the trials of growing up. He protects them from the dangers of life, but not the lessons of life. He instructs them in the ways of righteousness. He corrects them when their steps go astray. A Christian father is a role model, protector, and counselor to his children. He is a godly husband to their mother. He is the spiritual leader of his family. The Bible says to Fathers: “Love your wives, even as Christ also loved the church and gave himself for it.” (Ephesians 5:25) “Provoke not your children to wrath: but bring them up in the nurture and admonition of the Lord.” (Ephesians 6:4).

I will close with What Fathers are Made Of, a tribute to fathers written and first broadcast many years ago by Paul Harvey (1918-2009). His artistic expression of sentiment and reality remains touching and timeless.

A father is a thing that is forced to endure childbirth, without an anesthetic.

A father is a thing that growls when it feels good and laughs loud when it’s scared half to death.

A father never feels entirely worthy of worship in his child’s eyes. He never is quite the hero his daughter thinks, never quite the man his son believes him to be. This worries him, sometimes, so he works too hard to try and smooth the rough places in the road for those of his own who will follow him.

A father is a thing that gets very angry when school grades aren’t as good as he thinks they should be. He scolds his son although he knows it’s the teacher’s fault.

Fathers grow old faster than other people. And while mothers can cry where it shows, fathers stand there and beam outside–and die inside.

Fathers have very stout hearts, so they have to be broken sometimes or no one would know what is inside.

Fathers give daughters away to other men who aren’t nearly good enough so they can have grandchildren who are smarter than anybody’s.

Fathers fight dragons almost daily. They hurry away from the breakfast table, off to the arena which is sometimes called an office or a workshop…where they tackle the dragon with three heads: Weariness, Work, and Monotony…

Fathers make bets with insurance companies about who will live the longest. Though they know the odds, they keep right on betting. Even as the odds get higher and higher, they keep right on betting more and more…And one day they lose. But fathers enjoy an earthly immortality and the bet is paid off to the part of him he leaves behind. I don’t know where [all] fathers go when they die. But I have an idea that after a good rest, he won’t be happy unless there is work to do. He won’t just sit on a cloud and wait for the girl he’s loved and the children she bore. He’ll be busy there, too, repairing the stairs, oiling the gates, improving the streets, smoothing the way.

Please allow me to encourage each of you, if your father is still living, to visit him if you can but call him for sure. And, one other thing….a text is nowhere as good as a phone call – take my word for it! If your father is deceased, take some time on this special day and thank God for the good he passed on to and through you. Thank you, Dad!