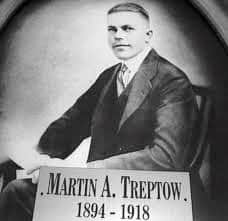 REFLECTIONS FROM HISTORY AND FAITH BY JEFF OLSON, MAY 24, 2022

“Hero” is a word commonly used these days, but perhaps too commonly. Of course, a definition of a hero can be found in the dictionary but it may be that the best description to be found is from those whose lives have been touched in a positive way by someone who made a profound and enduring difference in their lives. I believe real heroes leave a legacy that encourages us to honor, emulate and perpetuate the sacred patrimony of integrity, virtue, and principle which represent the best of humanity and America – and inspire us to aspire beyond our own capacities and limitations and to conquer our own fears. And, it may very well be that some of our greatest heroes are simply ordinary people we know or know of who stay the course and who have stayed the course throughout many years of what life has dealt – and done so unwaveringly and faithfully.

As Memorial Day approaches, we can anticipate honoring many heroes. Some perhaps we can call by name, but most will be among the multitude whose lives truly counted for something way beyond themselves. It is an example of this hero that I wish to share here. Not because he is necessarily the greatest of the more than 1.3 million Americans who gave their lives in the fight for their country, but because his courage and motivation and expression thereof so reflect the love and sacrifice layed by so many at the altar of freedom.

This ordinary young man with an extraordinary love of America was Martin Treptow. Treptow was a barber in Cherokee, Iowa when in 1917 at age 23 he enlisted in the U.S. Army to serve his country. With World War I raging in Europe, he soon found himself part of the 168th Infantry of the 42nd Division, the famed Rainbow Division, headed for France. The 42nd was committed to defeating the Germans in the Second Battle of the Marne. In spite of the strafing machine gun fire and heavy artillery bombardment, the 168th achieved its objective. As the battle drew to an end, a messenger was needed to deliver an important word to one of the platoons. On July 29, 1918, Private Martin August Treptow, barber turned warrior, did not hesitate but grabbed the message and moved out under fire. As he reached the platoon leader, Treptow was shot down by a hail of bullets. Later, in collecting Treptow’s personnel effects, a diary was found in his blood-stained shirt. Under the heading of “My Pledge,” he had written: “America must win this war. Therefore I will work, I will save, I will sacrifice, I will endure, I will fight cheerfully and do my utmost, as if the issue of the whole struggle depended on me alone.”  Upon returning to his beloved America, he was interred in his hometown of Bloomer, Wisconsin.

As we know now, Martin Treptow’s pledge obviously didn’t fade into obscurity or resurface only on the Memorial Days of yesterday and today. His pledge received widespread publicity and copies of it were used by the Armed Forces on patriotic posters throughout the country. Some of these found their way onto military bases where the pledge continued to inspire young military recruits as well as seasoned soldiers. A poster of the pledge is part of a collection in the National Archives in Washington, D.C.

Today we still face wars, but they are much more complex than earlier ones and they include a culture war with a greater myriad of battles than ever before. Treptow’s pledge reflects transcendent values – moral clarity, selflessness, sacrifice, character, and resolve. These need to resonate within each of us and become a reality through a stronger commitment to God, family, church, and community – all needed to shore up America’s weakened foundation.

President Ronald Reagan, in his first inaugural address, referenced Martin Treptow’s courage and legacy when he stated, “the crisis we are facing today….. [Requires] our best efforts, and our willingness to believe in ourselves and to believe in our capacity to perform great deeds; to believe that together, with God’s help, we can and will resolve the problems which now confront us. And, after all, why shouldn’t we believe that? We are Americans.” In the words of author Bertolt Brecht, “Unhappy the land that is in need of heroes.” America has had no such need, but only to recognize them, remember them, be inspired by them, and carry on their legacies. Thank you Martin Treptow for being among these and continuing to inspire America 104 years later.