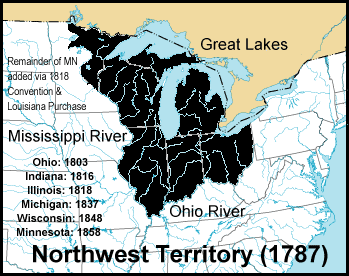 America’s founding documents are a direct result and reflection of a people’s journey through successes and failures over several centuries. In the early years of the American experiment, trial and error informed by the lessons of history and the reality and consequences of the human condition often characterized the gradual unfolding of liberty under law. Then, in time grew a normative culture guided by the lamp of experience and established custom, tradition, and prescription rooted in the Judeo/Christian metaphysics and personal faith. From our religious heritage came our nation’s ethical underpinnings for self-government which gave moral legitimacy to our founding documents from which came our codified legal framework rooted in natural law. Today, these are as relevant as ever and still have much to teach us in an age when knowledge and respect for the tried and true is too often disregarded and replaced with ideologies and abstract theories and laws which are merely human constructs, having no basis in the transcendent or in long-term experiences of success – but fueled by human arrogance and lust for power.

Recently, we celebrated our Declaration of Independence and soon we will celebrate our Constitution, two of our most-well known founding documents. Along with the Articles of Confederation and the Northwest Ordinance, these four venerable documents comprise our nation’s “organic law.” Organic law is the fundamental law or body of laws of a state or nation, its constitutive principles, written or unwritten. In America it is the legal foundation upon which all statutes and decisions are to be grounded. It is time-tested, time-honored and as such should be respected and not subjected to efforts of invalidation, elimination, or re-writing. It represents the best learned and applied lessons and wisdom of human experience tempered by the moral restraints of biblical principle and spiritual guidance. Our nation’s organic law is officially documented in the United States Code Annotated. This week we take a closer look at one of the documents of that Law.

Two hundred thirty-five years ago this week, July 13, 1787, the third of three ordinances, An Ordinance for the Government of the Territory of the United States North-West of the River Ohio, was enacted by the Second Continental Congress. Also referred to as the Ordinance of 1787 and eventually as the Northwest Ordinance, it was patterned after principles outlined by Thomas Jefferson in the Ordinance of 1784 which essentially declared that states would one day be formed within the Northwest Territory. The Land Ordinance of 1785 provided for the scientific surveying of Territory lands and for a systematic subdivision of them into sections and townships. The Northwest Ordinance was authored primarily by Massachusetts delegates Nathan Dane and Rufus King. King also served as one of the framers of the U.S. Constitution during this same time period.

The Northwest Ordinance articulated a plan that provided the means by which a territory could eventually apply for statehood, stipulated requirements to qualify for statehood, and included the provision for the government of the region which today is the modern states of Ohio, Indiana, Michigan, Illinois, Wisconsin, and part of Minnesota. The following three principal provisions were ordained in the document: (1) a division of the Northwest Territory into “not less than three nor more than five States”; (2) a three-stage method for admitting a new state to the Union—with a congressionally appointed governor, secretary, and three judges to rule in the first phase; an elected assembly and one nonvoting delegate to Congress to be elected in the second phase, when the population of the territory reached “five thousand free male inhabitants of full age”; and a state constitution to be drafted and membership to the Union to be requested in the third phase when the population reached 60,000; and (3) a bill of rights protecting religious freedom, the right to a writ of habeas corpus, the benefit of trial by jury, and other individual rights. In addition, the ordinance encouraged education, fair treatment of Native Americans, and forbade slavery.

Article I of the Ordinance stated: “No person, demeaning himself in a peaceable and orderly manner, shall ever be molested on account of his mode of worship or religious sentiments, in the said territory.” Article II states: “The inhabitants of the said territory shall always be entitled to the benefits of the writ of habeas corpus, and of the trial by jury; of a proportionate representation of the people in the legislature; and of judicial proceedings according to the course of the common law.” In Article III, Congress stated: “Religion, morality, and knowledge being necessary to good government and the happiness of mankind, schools and the means of education shall forever be encouraged.” Therefore, the Ordinance set aside one section in every township for the maintenance of public schools and also allotted one section for the purpose of religion. Article III also states, “The utmost good faith shall always be observed towards the Indians; their lands and property shall never be taken from them without their consent; and in their property, rights, and liberty they never shall be invaded or disturbed unless in just and lawful wars authorized by Congress; but laws founded in justice and humanity shall, from time to time, be made, for preventing wrongs being done to them and for preserving peace and friendship with them.” Article VI states, “There shall be neither slavery nor involuntary servitude in the said territory, otherwise than in the punishment of crimes, whereof the party shall have been duly convicted….”

With Thomas Jefferson’s contributions and the support of George Washington and others of our founding generation (who were prevented from officially condemning slavery in the Declaration of Independence or making it illegal in existing states through the U.S. Constitution), the Northwest Ordinance must have provided them with some sense of peace and satisfaction in knowing that the evil institution of slavery would not find a home in any new states formed from within the Northwest Territory. Undoubtedly, they hoped this anti-slavery path would continue to be followed as new states were formed from other territories in the years to come.

The Northwest Ordinance was the most important piece of legislation enacted by Congress under the Articles of Confederation and it set several unique precedents in American and world history: Territories would be regarded as essentially autonomous, unlike the American colonies which were held in subordination to a mother country; The principle of granting new states equal rather than inferior status to older ones was firmly established; The relationship of government and religious freedom wisely encouraged the incorporation of religion, morality, and justice into the infancy of new states to help ensure that the nation maintained a strong moral and ethical foundation. Many of the concepts and guarantees, including the Natural Rights provisions, were later incorporated into the U.S. Constitution and the Bill of Rights. Like the Northwest Ordinance, the First Amendment presented Government’s role in religion as one not of neutrality nor hostility but one of favorability and accommodation without endorsing any one particular sect or denomination. This helped to create and sustain a civil atmosphere and moral order where liberty of conscience and freedom of religious expression could live and flourish.