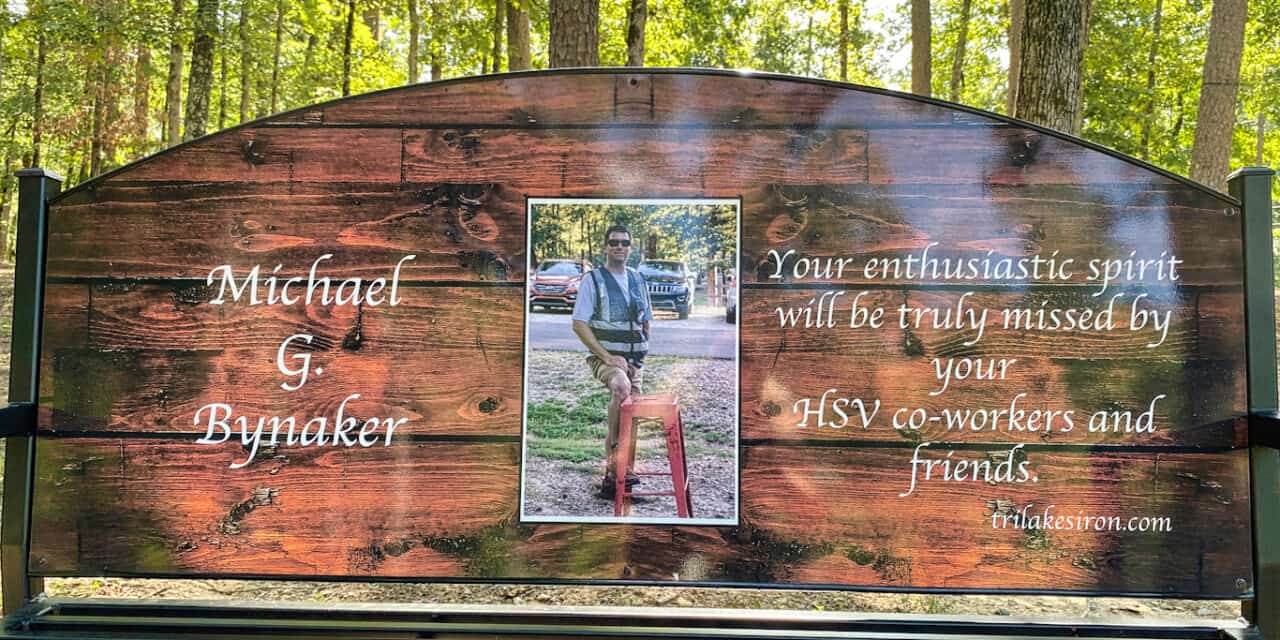 A little over one year ago on September 7, 2021, Michael Gene Bynaker, Hot Springs Village POA Marina and Outdoor Program Coordinator, unexpectedly passed away. To honor Michael’s memory, the HSVPOA Parks and Recreation Department raised funds to place a memorial bench in Grove Park.

The September 9 bench dedication ceremony was well attended by many friends and fellow employees, some of whom did not have a dry eye.

HSV Trails Committee Member, Janet Rowe, originally came up with the idea of dedicating a bench to Michael. Janet knew Michael well as she had worked with him often on the committee.

Parks and Recreation Director, Terry Wiley, ordered the bench. Marketing Manager, Paul Sage, recorded the ceremony, which should be listed on Hot Springs Village POA YouTube channel in the future. ​Audio/Visual Supervisor, Dakota Estes, was responsible for setting up the sound system on the stage.

Beginning the ceremony, Rowe said that they chose the image of the Cadbury’s Cream Egg to be depicted on the back of the bench because that was one of Michael’s favorite treats. The day after Easter the previous year, Michael cleared out all the leftover Cadbury eggs at a local store and even brought home the cardboard display to enjoy at his home.

Also, colorful Christmas lights decorate the back of the bench. The lights are representative of Michael decorating Grove Park for the Christmas season. Rowe said that while Michael grumbled about the decorating task, she felt he enjoyed the seasonal task.

The back of the bench also featured an emblem of the United States Army to represent Michael’s time spent in military service.

Janet said that Michael had been estranged from his family for many years, but he had truly found a family with Villagers and fellow employees. Michael’s family expressed gratitude to Janet that he was able to have a second family and they are appreciative and overwhelmed by the great outreach and caring of the Villagers. Janet asked that anyone wanting to say a few words come to the podium.

Stacy Hoover, former Recreation Director, and Michael’s boss said that Michael didn’t just like Cadbury Cream Eggs, he enjoyed all chocolate. She and Michael began their careers at the POA approximately one year apart. Stacy disagreed with Janet Rowe and said that Michael really did not like decorating Grove Park for Christmas. Stacy shared that Michael loved to vent at the office. The two things that stood out to Stacy about Michael were that he was the King of Corn and the King of Dad jokes.

Michael had a positive effect on many Villagers. Patty Dublin said Michael gave her an education on paddling and that is how she got into the sport. According to Patty, Michael was very patient with the Villagers.

Buzz Carpenter, Trails Committee chairman, said Michael was very outgoing and was a good friend to him. “We miss Michael,” stated Buzz.

Jessica McGrew reminisced about helping her get a job at Waypoint. She said he had great compassion for animals and loved to talk about them.

Tennis Pro, Bob Flagstaff, said all of the employees enjoyed Michael’s company because he was young and full of energy.

Janet concluded the ceremony by saying that one of the last projects she worked on with Michael was spreading wildflower seeds. Michael particularly wanted the seeds spread by the RV Park. Janet said that today, the wildflowers at the RV park are blooming. 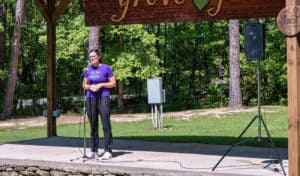 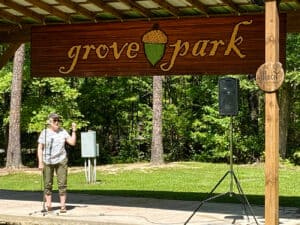 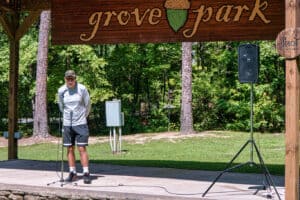 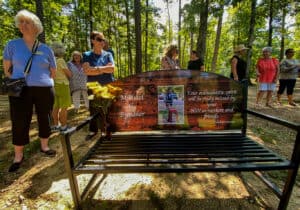 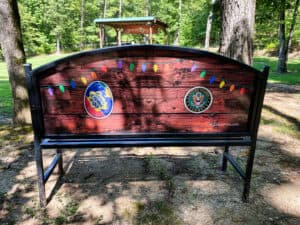 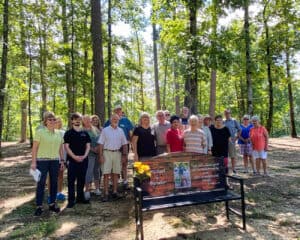