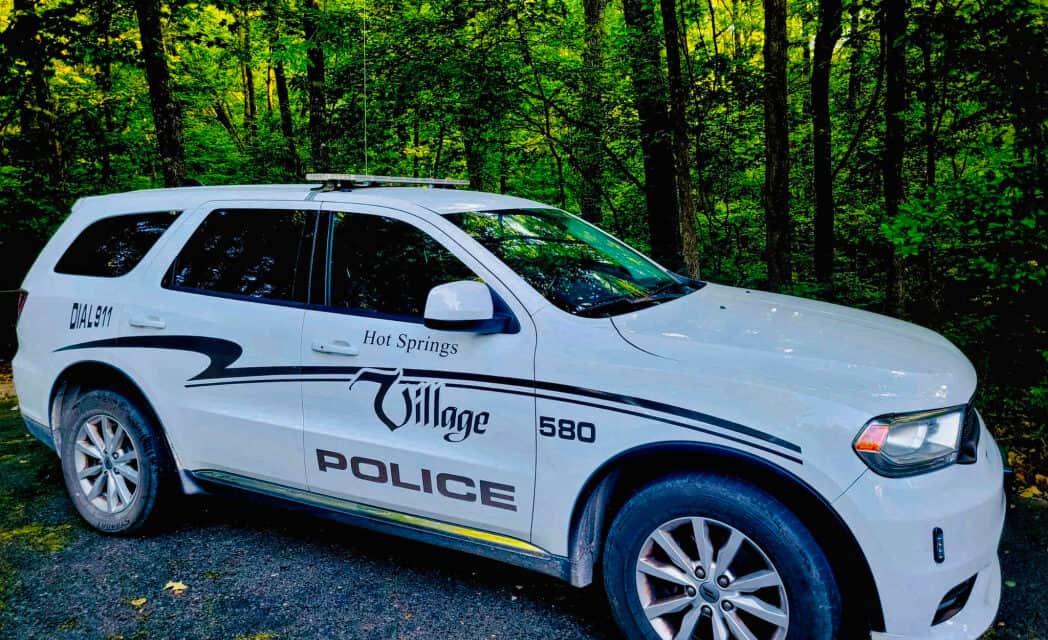 On Friday, July 8th at 7:30 am, Hot Springs Village Police Department responded to the storage facility in the 1000 block of DeSoto in reference to a reported burglary and theft. Upon arrival, it was determined a large amount of tools and HVAC equipment were taken from two separate storage units along with a utility trailer and a Honda vehicle. Officer Mike Kliewer provided all information and evidence of the preliminary investigation to Sgt. Kevin Chambers and Detective Wayne Hill.

After a short time, Sgt. Chambers and Det. Hill connected this incident to an overnight traffic stop, where Officer Dallis Downey and Sergeant Jason Graves stopped a vehicle in close proximity to the storage units. During this traffic stop Officers identified the occupants of the vehicle and arrested the passenger for a warrant out of Ouachita County.

Sgt. Chambers and Detective Hill relocated to an area in Garland County near the residence of the driver who was identified previously from the traffic stop. During that time, the stolen utility trailer and its contents were located in a wooded area across the street.

Additionally, a Kubota tractor, which was stolen in the early morning hours of Thursday, July 7th, from the same storage facility, was recovered on Danville Road by HSVPD and an off-duty HSV Fireman.

Due to the dedication and persistence of the HSV police, the property of several victims of burglary and theft has been recovered in less than 48 hours.

This investigation continues. All identified suspects, in this case, will be prosecuted to the fullest extent in accordance to law.