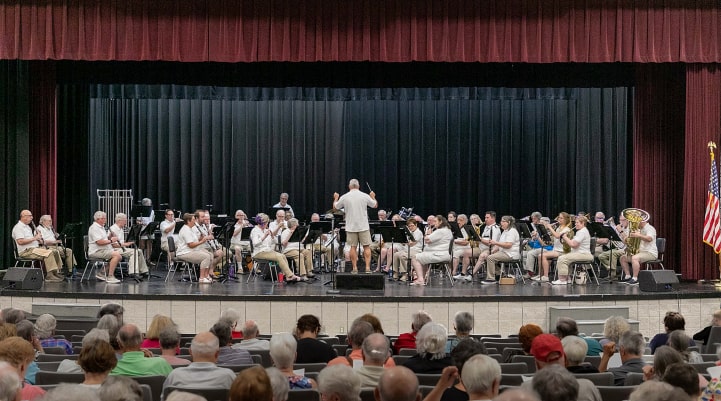 The Hot Springs Concert Band has one more concert to play in its 2022 summer concert series. The summertime weather has not cooperated with us recently, so we had to move indoors for our July 11 concert. However, we received absolutely no complaints or objections from anyone – which of course we didn’t expect with outdoor temperatures crowding the 100-degree mark and with a heat index of over 100! As a matter of fact, the band received a round of applause even before we played the first note just for holding the concert indoors. The audience was also quite responsive and enthusiastic to the music. Everyone had a good time enjoying the upbeat songs and medleys, some of which gave folks an opportunity to sing along to some favorites from the ’60s and ’70s. Old memories were indeed stirred! This is one of the most satisfying aspects of playing in the Hot Springs Concert Band – knowing that the melodies often become renewed memories in the hearts and minds of those who come to hear us play.

One of the concert selections, Highlights from The Music Man, has been performed by the band for many years. This time, however, playing it brought back some special music and family memories for two of our band members, Kathy Hendricks and Cheri Theil. Both Kathy and Cheri were at the world premiere of the motion picture, The Music Man, in June 1962 in Mason City, Iowa. There is a fascinating story behind this and it has much to do with their father, Mr. Arthur E. Theil, Jr., a local resident and retired director of bands of several high schools and universities, whom we had the privilege and honor of interviewing recently. I am providing a link here to his story which I encourage you to read and enjoy: hsvgazette.com/music-man-hot-springs-concert-band-share-history/

The band is now underway with preparation for its fourth and final concert of the summer season. This concert’s theme, Dance Music, will include such selections as American Barndance, Appalachian Dances, Beer Barrel Polka, Trish Trash Polka, Big Band Signatures, Rock Around the Clock, and six more! Like our July 11 concert, this concert will also be held indoors at the Fountain Lake School Auditorium, located at 4207 Park Avenue in Hot Springs. We hope to see you this coming Monday, July 25 at 6:30 pm.

There is no admission charge for our summer concerts, but everyone will have an opportunity to donate toward the band’s operating expenses, and the band thanks those of you who have donated. To a great extent, it is your generosity that sustains the band’s financial ability to provide the music you enjoy. Also, don’t forget that you also can donate on a regular basis through “Friends of the Band.” To become a Friend of the Band, sign up on the “Support Us” link on the band website hotspringsband.org. Concert sponsorships are also very helpful to the band in financing expenses and we welcome those from individuals, families, and businesses. To learn more about concert sponsorship, visit the band website, and for additional inquiries and/or questions contact band president Kathy Hendricks at [email protected]. The band greatly appreciates Harry and Joan Dacko for sponsoring this concert, and thanks Fountain Lake Schools for their hospitality in allowing the band to host two of this summer’s concerts in their auditorium.

In looking ahead to this fall and cooler weather, we also look ahead to the band’s remaining concerts. We encourage you to check out our Fall Concert and Christmas Concert information on the “Schedule” link on the band website. It’s not too early to place these dates on your calendar, especially since our calendars tend to fill up in a hurry during these seasons. These concerts will be held at the Woodlands Auditorium in Hot Springs Village and information on ticket sales will be forthcoming several weeks prior to the concerts. For more details and other information on the Hot Springs Concert Band, go to hotspringsband.org. 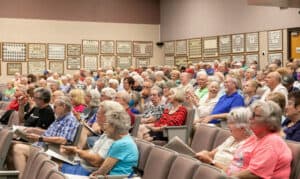 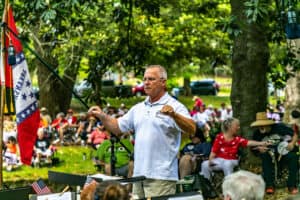